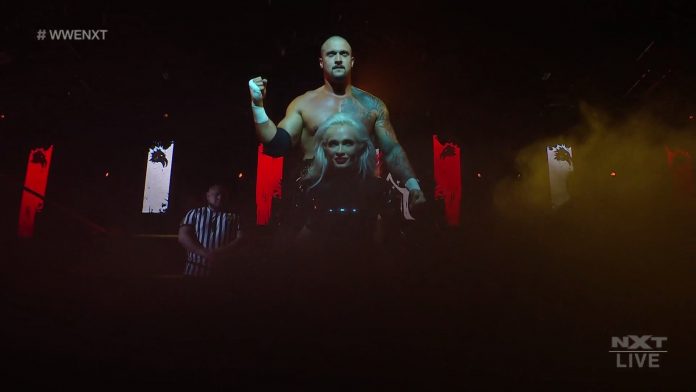 Karrion Kross is looking towards the future after being let go by WWE on Thursday among several other wrestlers.

On Saturday, he posted a new vignette on his YouTube channel titled, “KROSS: Man From The Cemetery Town.”

The video tells the story of a man returning to his roots in a broken hometown.

“It was never really very sunny when I was a kid, even in the summertime. Where I grew up, it was usually pretty dark and very very cold. This is where I used to play. One time there was a man floating facedown in the creek. They found his body in the marsh right before it washed out into the Hudson River. All the parents said it was floating jacket, but I knew. Something was always wrong with this place.

Jimmy Lightning was the toughest guy in the neighborhood. I remember on my seventh birthday, I saw him go flying off that bridge. Then about a year later to-date, people in town said they saw him walking around the grounds of St. Barnabas Church covered in blood, laughing. It shook people up pretty bad. They told the sheriff. the sheriff told everyone, ‘Go home. Let me check it out.’ Later that night, the sheriff lit himself on fire. This town was sick and so was everybody in it. But not everybody stayed here, some of us got out. You gotta understand when something inside you dies, something else will come to take its place.

I heard you all the entire time. I heard your cries. I heard you banging on my tombstone, the noise kept me alive, but sometimes you have to go back to where you came from to find out what you really are. We’ve been apart but it’s almost time for us to be together again. Wait for me, because I’m coming. Tick tock.”