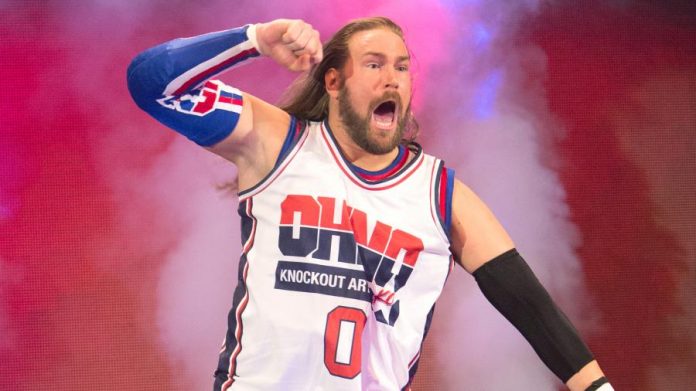 – As noted, Triple H recently made a surprise visit to Charlie Guenigault, the UK police officer that was recently injured during the London Bridge terror attack. Wearing a Sami Zayn t-shirt, an off-duty Guenigault approached the terrorists and fought them but was stabbed several times. WWE posted this video of Triple H’s meeting with Charlie.

– WWE has a new poll asking fans who would be their first pick if they were to draft a roster of WWE Superstars – WWE Universal Champion Brock Lesnar, RAW Women’s Champion Alexa Bliss, WWE Champion Jinder Mahal, John Cena, Randy Orton, Charlotte Flair, AJ Styles, Braun Strowman, Bayley, Bray Wyatt, Dean Ambrose, Finn Balor, WWE United States Champion Kevin Owens, Roman Reigns, Sasha Banks, Samoa Joe, Seth Rollins, Shinsuke Nakamura or other. As of this writing, 22% voted for AJ while 10% went with The Beast, 9% for Nakamura, 8% for Cena, 8% for Reigns, 8% for Balor, 7% for Rollins, 4% for Braun, 4% for Ambrose and 4% for other. The rest received 3% or less.

– Below is a promo for this week’s WWE NXT episode with Aleister Black vs. Kassius Ohno:

It's going to be a SHOWDOWN on @WWENXT when @KassiusOhno collides with @WWEAleister TOMORROW NIGHT at 8/7c only on @WWENetwork! #WWENXT pic.twitter.com/G2XXy87lpW