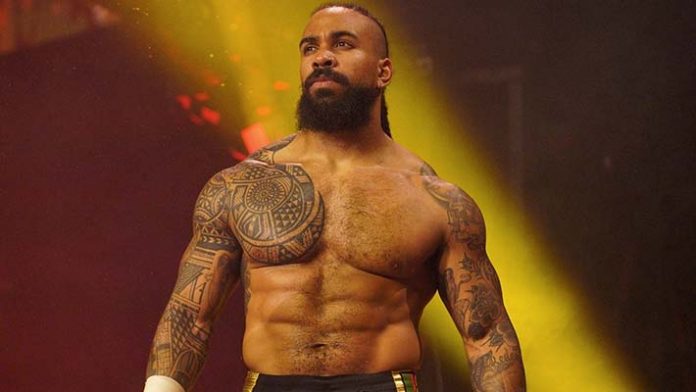 Kaun signed with Ring of Honor back in 2018 to a developmental deal. “We were part of the new class in the ROH Dojo,” says Kaun. Kaun and Moses trained under Joey Mercury for a couple of months after signing with Ring of Honor where they would work and prepare for television.

“We would do ring crew for a couple of months as well,” says Kaun. Eventually, Ring of Honor made its way to Philadelphia. The show in Philadelphia is where Kaun and Moses would have their first match in Ring of Honor, a dark match against the Bouncers.

“It’s funny watching it back now,” says Kaun. “We were so green and didn’t know what we were doing. We went up against 2 vets who were helping us, and we tried to make ourselves look good, the best that we could.” This was the first match in an illustrious career for Kaun and Moses in Ring of Honor.

Kaun considers Moses a brother both in the ring and out. Moses began training the year before Kaun did. “When I got to MCW, I just looked at the landscape and realized there weren’t a lot of tag teams,” says Kaun. Kaun saw an opening at MCW and he was prepared to take it.

“They took us inside the ring and taught us how to do tag team wrestling,” states Kaun. “It’s more difficult than many people think.” Kaun is grateful for everything he’s accomplished so far. “To see how far we’ve come since starting and making it to Ring of Honor, I couldn’t have even fathomed signing to Ring of Honor.”

Ring of Honor wanted to make Kaun and Moses an intimidating presence. They already looked the part, but they changed a couple of things to reinforce it. “We were Sons of Savagery, but then we became Soldiers of Savagery,” says Kaun. “We also shortened down our names to just Kaun and Moses as well. It was easier to chant, and it was just an iconic, tough man feel.”

The Soldiers of Savagery would go on to have a great rivalry with Primal Fear back in 2019. “That was like the only other tag team in the Dojo at that time,” says Kaun. “We had chemistry. It sometimes got repetitive, but that’s just stuff that everyone works with. That’s the teams you work with. We already had stuff we worked on before, but we built up to work with them on TV. I never would have thought we would have made it that far, but it was super humbling.”

Shortly after this rivalry, a new faction was ready to take Ring of Honor by storm. Shane Taylor Promotions featured Shane Taylor at the helm, Moses, and Kaun. “It was all Shane’s brainchild,” says Kaun. “After the Joey Mercury dojo, Moses and I were kind of floundering for a bit. We didn’t have direction and I remember we had this 8 man tag, it was me, Kaun, Shane, Brian Johnson against Colt, Ian Riccaboni, and a couple of other people and it was just like this joke match.”

The match itself would go on to change the lives of Shane Taylor, Moses, and Kaun forever. “We presented ourselves well,” says Kaun. “I remember coming to the back, and people telling us how awesome we looked.”

Shane Taylor Promotions weren’t just brothers inside of the ring, they were brothers outside of the ring. “We hung out as much as we could,” says Kaun.”We always used to talk about our culture, and what it meant to be black representing the culture in the business. It’s been quite a journey. I think about things in wrestling that I’ve done and I never would have thought that this is the road wrestling would take me on.”

Importance of Shane Taylor Promotions In The African-American Culture

Shane Taylor Promotions was extremely important for all three men involved. It was important on both a wrestling level and a personal level. “Growing up we barely saw black men in the business,” says Kaun. “Mark Henry, Shelton Benjamin, and Booker T were the main guys.”

“I missed Nation of Domination growing up, but you see groups now that come together, especially of black men, and it’s always like how we’re the nation of domination,” says Kaun. “I’m thankful for New Day who came along. They’re just three men who are friends who are together in a group and can do whatever they like.”

“To have them, us, and The Hurt Business at the same time, to see that representation was awesome,” says Kaun. “To me, it’s always been important to showcase these diverse groups of black and African men.”

“To give those fans hope, and someone to look up to meant a lot to me,” says Kaun. “We’re all college educated, we all have this mentality of being better than we are. I’m kind of speechless honestly, to see how much we did, how much we accomplished, to see how much we meant to people was surreal.”

The first match back from the pandemic tapings that Shane Taylor Promotions participated in was them, versus EC3 and The Briscoes. “I remember Moses and I were so ready to prove ourselves and we knew this was our time,” says Kaun. “The Briscoes are the benchmark for tag team wrestling in Ring of Honor, and to throw EC3 in on that too, it was time to step up.”

“It was time to take our spot, and earn our spot,” says Kaun. In the next taping, Kaun and Moses got the Briscoes in a tag team match. This was awesome, but now exactly what Kaun had in mind. “I’ve always wished that there was a better build to that match,” says Kaun.

“We were the first new tag team in ROH to literally become this new version of the Briscoes,” says Kaun. “If they’re the benchmark, and that hall-of-fame tag team, let us have that journey to get to that point so it could mean so much more. I feel like it just kind of happened, it would have been fun to run promos for like 6 weeks and just show up at their farm and whoop their a**. That’s the stuff I wanted to do, but it just didn’t happen.”

Shane Taylor Promotions would go on to win the Ring of Honor Six-Man Tag Team Championships. This was a surreal moment for Kaun. “Before I got to ROH, I never really knew what it was,” says Kaun. “I never knew that this was like an alternative to WWE or Impact.”

“I felt like a lot of the time people viewed those belts as Ring of Honor’s throwaway belts,” says Kaun. “We made them mean so much more to trios wrestling. To make trios wrestling relevant again, I say that we did that. We’re forever going to be in the history books of professional wrestling. Carrying that belt to the airport all the time was awesome. I earned that.”

“We would have matches with all of these factions, but we were never involved in the bigger story,” says Kaun. “They would all be feuding and we would just have our six-man match earlier in the day. But we’re a faction too. Why aren’t we being respected to be a part of this? Why aren’t we getting that respect? Why were we always left out? I don’t know, that’s not my question to answer. It was disrespectful. We were one of the teams who had gold, we were making noise, and we were also making history. We were the longest reigning six-man tag team champions in ROH. I didn’t get that. That’s money they left on the table for sure.”

In the new regime of Ring of Honor, Kaun is currently a part of Gates of Agony, Kaun and Toa Liona, and The Embassy. “It was kind of strange to me at first,” says Kaun. “I signed with AEW, prior to them buying out ROH. I was one of the few they wanted to have from the older version of Ring of Honor. I earned my spot in those dark matches.”

“I left ROH kind of with a sour taste in my mouth because of some of things that went on before the operations changed,” says Kaun. “I was like cool, that was a stepping stone to get somewhere else. To get signed and get brought back to ROH, with people not really acknowledging that I was there in the first place and that I won a championship and made history there, it was a little weird at first.”

“I had to humble myself. I’m only 5 years in this business and I have a long way to go,” says Kaun. “I know I’ll be one of the greatest of all time in a couple of years. I just need to keep grinding away. Teaming with Toa is a cool and new opportunity. He has less experience than I do, so this is an opportunity to lead this team and give my input. I learned everything I had to with Shane [Taylor]. I got to work with Tully briefly, and now to work with Prince Nana, I’m just soaking in all this knowledge. I’m excited to see where this opportunity goes. AEW is like this new big playground. There’s a lot of people I’ve never wrestled before. Here is my chance on this new team to show myself to the world and just take over.”

What’s Next For Kaun?

Also, on Saturday, September 3, Kaun will be wrestling Izzy James at PalePro in a Texas Bull Rope match. “I told him he wasn’t worthy to step into the ring with me when I first met him,” says Kaun. “Until he shows me he has a purpose in this business, I don’t care if you’re standing across from me, I’m not going to shake your hand. This is the first time I’ve ever been in a Texas Bull Rope match, and I’m ready to hurt myself to hurt him. He’s not worthy.”

Kaun will also make his return to RCW on September 11, when he takes on Westin Blake in an “I Quit” match. “He pushed me off the top rope which almost ended my career,” says Kaun. “He took me out in front of my friends and family in San Antonio. I laugh because I think this is hysterical. He doesn’t know what’s coming towards him. I’m ready to beat the hell out of him. These people aren’t worthy. I’m going to torture him and question his career. Most importantly, I’m going to make him quit.”

Kaun wants AEW gold, as well. “I’m coming for the six-man tag belts, and eventually, I want to be the AEW Champion,” says Kaun. “I just watched Rush and Mox beat the hell out of each other. I’ve gotten to work with Rush in an eight-man tag match, but after seeing that match, I want him one-on-one. I want another shot at Andrade, as well.”

If you want to follow Kaun on Instagram, and Twitter. Kaun’s merch store is currently on What A Maneuver!, where you can buy a shirt to support him. 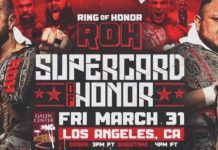