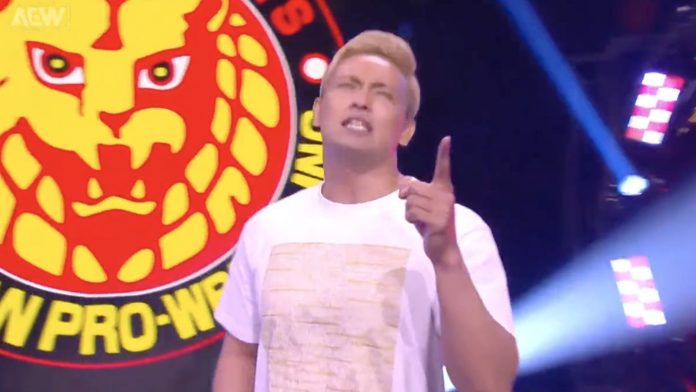 Following his performance in the four-way match for the IWGP Heavyweight Championship with Jay White, Adam Cole and “Hangman” Adam Page, the Japanese legend took to social media to thank the fans.

Okada then remarked about the Forbidden Door being closed, but vowing to open it once again at some point in the future.

“The door is closed,” he said. “But I’ll open the door again. See you next time.”

Thank you Chicago.
Thank you AEW.
The door is closed.
But I’ll open the door again.
See you next time.