In an interview with SI.com, NJPW star Kazuchika Okada talked about possible dream matches against AEW stars and Okada mentioned both CM Punk and Bryan Danielson:

“Danielson and Punk would make for some incredible matches. A lot of those dream match scenarios are about getting excited for the possibilities, and once the match is done, it’s done. So it is important to keep that excitement and anticipation, I think. Still, if we wait too long, they’ll both retire eventually, so I want to face them both while they’re still active.”

With the “Forbidden Door” being open, Okada commented on the possibilities:

“The Best Friends were part of CHAOS when they were in New Japan, and with the door to AEW being opened a bit, it added more possibilities. [Tomohiro] Ishii was able to come into AEW from CHAOS, and if Orange Cassidy and the Best Friends were able to show up in New Japan, there is no doubt that would be a lot of fun. The sooner the whole pandemic settles down, the better as far as that’s concerned.” 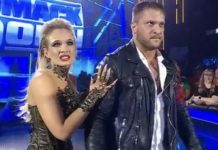 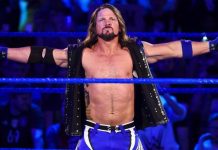