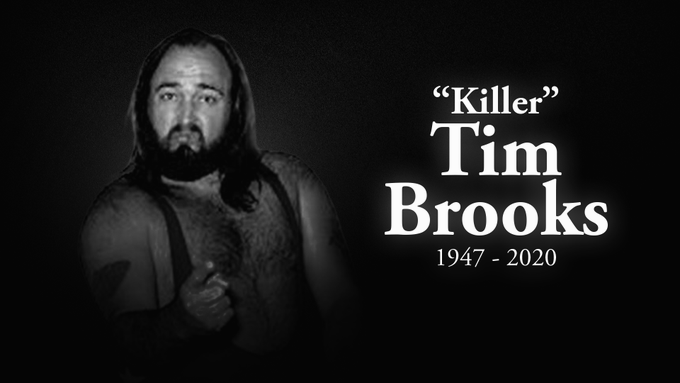 Veteran pro wrestler “Killer” Tim Brooks has passed away at the age of 72. Brooks passed away earlier today, according to F4Wonline.com. He had battled cancer for several years and it was known to be terminal.

AEW joins the wrestling world in mourning the death of “Killer” Tim Brooks. Our thoughts are with his family, his friends and his fans. pic.twitter.com/UNej0sSQBN

He was my birth, my knowledge, my preparation. Home when I was homeless.

Had I not seen him when I did…I never would again. Thank you Killer Tim Brooks for training me. I love you.#RIPKillerBrooks This next one is dedicated to you. pic.twitter.com/9zR32AmNLk