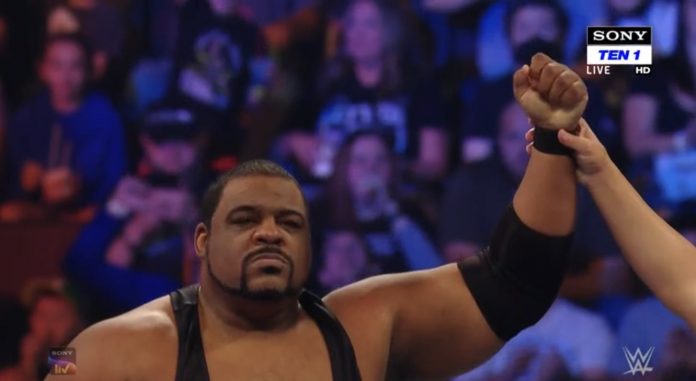 Keith “Bearcat” Lee has officially arrived on WWE RAW. After being away from TV since his August 2 RAW win over Karrion Kross, Lee returned during tonight’s RAW with the new “Bearcat” nickname. He interrupted Akira Tozawa, who was in the ring and upset over failing to defeat WWE 24/7 Champion Reggie, demanding a match with R-Truth, Drake Maverick, Drew Gulak or anyone else.

Lee, once again sporting his beard, came to the ring and easily dominated Tozawa, destroying him and putting him away with the powerslam from his shoulders in the middle of the ring. Lee then marched right to the back without saying anything.

We’ve noted how WWE has booked Lee in dozens of dark matches and live event matches in recent weeks as they worked to figure out what is best for him moving forward. The “Bearcat” nickname was first used before the September 20 RAW from Raleigh as Lee squashed enhancement talent James Alexander.

It’s been speculated that the “Bearcat” nickname is a reference to Bearcat Wright, a popular African American pro wrestler from the 1950s and 1960s, who was posthumously inducted into the WWE Hall of Fame’s Legacy Wing in 2017. The nickname could also be a reference to Bearcat Brown, an innovative African American wrestler who worked mainly the Memphis area in the 1960s and 1970s.