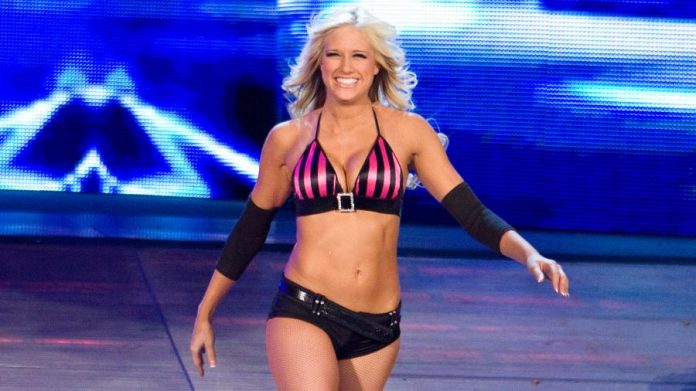 Barbie Blank, who was known as Kelly Kelly in WWE, has split with her husband, former NHL ice hockey player Sheldon Souray.

“They separated a couple months ago,” a person close to Blank told US Magazine. “Barbie is already going on dates with other guys.”

Blank, 30, and Souray, 41, got married in Cabo San Lucas on February 27, 2016, after being engaged for over a year and a half. The wedding and the events leading up to it were documented on the second season of the E! reality series, WAGS.

Their split has been rumored since the summer when she began referring to herself as just Barbie Blank rather than Barbie Blank-Souray on social media.

While Blank hasn’t commented directly on the split, she posted the following on Instagram hinting at the split.

The image caption said “Boy bye ….. @beyonce” but has since been deleted.

Blank joined WWE when she was 19 in 2006 and stayed with the company until 2012. During that time, she captured the Divas Championship. Since 2015, Blank has appeared on WAGS. She appeared at Axxess and the WWE Hall of Fame Induction Ceremony during WrestleMania weekend earlier this year and was featured on an episode of Table for 3 in June with Maryse and Eve Torres.