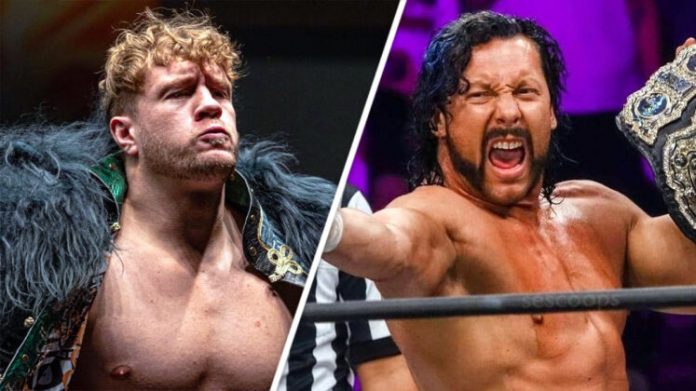 Current AEW superstar Kenny Omega will be returning to NJPW for the first time since 2019 as he challenged the current IWGP US Champion Will Ospreay to a title match at Wrestle Kingdom 17 on January 4th 2023 at the Tokyo Dome.

This dream match became a reality at the NJPW x STARDOM Historic X Over event. After Will Ospreay successfully defended his IWGP US Title against Shota Umino, the lights went out and Kenny Omega appeared via video on the big screen. Omega insulted Will Ospreay, told him he will show what separates Kenny Omega from Will Ospreay and challenged Ospreay to a IWGP US Title Match at Wrestle Kingdom 17.

Will Ospreay accepted the match to make it official.

During Kenny Omega’s video promo, he indicated that he will save NJPW. Will Ospreay tweeted in response to that.

Man said “I’ve come to save the company”

Bro save your own 😂 https://t.co/STgtccxhUJ

Kenny Omega also tweeted out in response to the upcoming match and had a few words for Will Ospreay.

I’m back for the keys to the castle, Will. https://t.co/eGqz3pbSem

Kenny Omega’s last NJPW appearance before leaving for AEW was at Wrestle Kingdom 13 in January 2019 as he lost the IWGP Heavyweight Title to Hiroshi Tanahashi.

Will Ospreay has been calling out Kenny Omega for a long time. The match finally happens at Wrestle Kingdom 17.