In an interview with Gamespot.com, Kenny Omega discussed how AEW will be different from WWE:

“I mean, you really have to take a look at the good and the bad, the positives and negatives, and you have to be very constructively critical about your own performance. Now that we’re essentially running the show, we have to be critical about what we can improve moving forward. So for me, I’m a real tough critic of myself. And, so, I unfortunately always look at what can we improve moving forward. So, for me, some production issues. We can clean up some of the camera work. Some of the audio issues. I didn’t like that I could barely hear my theme music. You know what I mean?

But these are things that are such an easy fix. The things that we got right, were actually the hardest things on the show to get it right. We gave a full show, from start to finish, that looked completely different from start to finish. No one match appeared similar to one another. And especially the last three, four matches, they were all so visually different from one another. Different in feeling, different in atmosphere. And that’s something really tough to do in wrestling because when you really dumb down the idea of wrestling, and when you think of it at the bare-bones level, it’s… People think, ‘Okay, it’s two guys, and they’re oiled up, and they’re wearing Speedos, and they’re grappling with each other, rolling around.’

Wrestling has evolved to a point where it could literally be anything, and that’s kind of what the whole idea of AEW was founded on, was that wrestling can be anything, and we can expand those ideas. We can expand the entire universe of wrestling beyond what people have come to expect and beyond what people are used to seeing, even. So, in America especially, people associate professional wrestling with one company. And that’s fine. That’s totally cool. We want to be an alternative to that, and we want to expand on that entire idea. 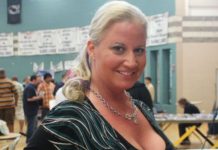