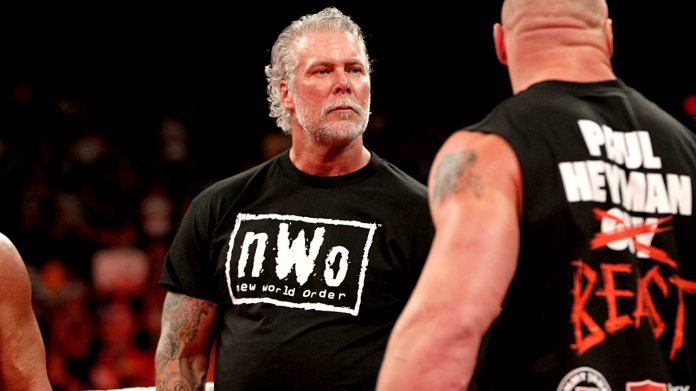 WWE Hall of Famer Kevin Nash is launching his own podcast.

It was announced today that “Kliq This: The Kevin Nash Podcast” will premiere on Monday, July 11. The audio/video episodes will be released each Monday on various platforms, promoted by the Podcast Heat Network. Nash’s co-host will be Sean Oliver of Kayfabe Commentaries.

It was noted in a press release that Nash’s guests will include stars from pro wrestling, entertainment, and music, among other categories. Nash commented on what to expect and said nothing is off limits.

“Kliq This listeners will get a magical mystery tour into all aspect of life,” Nash said in the press release. “No topic is off limits or out of bounds. We will be pop culture driven, but not too timid to attack today’s current cancel culture.”

“Kliq This will be the best of what fans loved about our shoot interviews together, just on a much broader scale,” Oliver added. “Fans will slide up to the bar next to Kevin and me for banter and guests ranging from the stars of wrestling, to entertainment, to music and Lord knows what else.”

Nash and Oliver will also host a “Kliq This” live stage show at Starrcast V in late July.

He’s one of the greatest big men to ever step foot in the squared circle & he’s back at #STARRCAST!