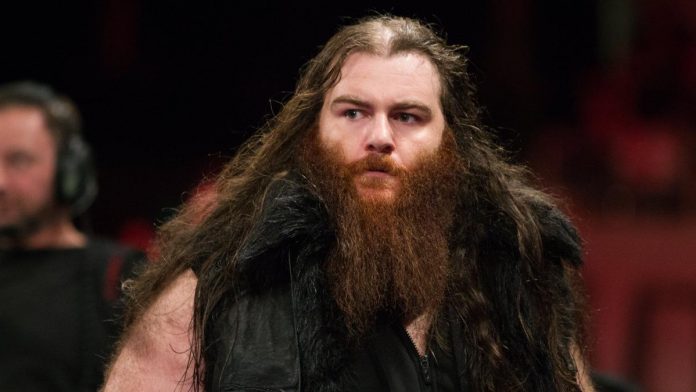 SAnitY hasn’t been featured much on television since being promoted to SmackDown LIVE last April and it may be getting to Killian Dain.

On Wednesday, Dain tweeted the following, perhaps in reference to the group’s lack of television time:

Alexander Wolfe wrote “sick of this” in response to Dain’s tweet.

On Sunday, Dain noted that he’s at home instead of the road with his tag team partners and wife, Nikki Cross. Dain finished the tweet with, “Was it something I said?”

Last night my tag partners where with Smackdown in Vancouver and my wife with Raw in Regina. Whereas I'm….at home.

Was it something I said? ?#WHEREISSANITY

On Saturday, Wolfe and Eric Young lost to Luke Gallows and Karl Anderson at a SmackDown live event in Vancouver, British Columbia. This was the same result at last night’s live event in Spokane, Washington and Dain wasn’t there either.

Cross quickly beat Tamina in a one-on-one match at Saturday’s Raw live event in Regina, Saskatchewan. Tamina superkicked Cross before the match began. Cross rolled Tamina up for the win 30 seconds into the match.

A Fatal 4-Way Match took place last Tuesday on SmackDown LIVE to determine the opponents for SmackDown Tag Team Champions The Miz and Shane McMahon at Elimination Chamber. The bout didn’t include
SAnitY, as The Usos beat The Bar, The New Day and Heavy Machinery.

Along with Cross, the trio of Dain, Wolfe, and Young made plenty of noise in NXT and even had a reign as NXT Tag Team Champions. That same level of success has eluded them on the main roster as they’ve struggled to get consistent television time. Dain, Wolfe, and Young last appeared on SmackDown LIVE on the Christmas Day show, with Dain and Young teaming with The Bar in a loss to The Usos, Gallows and Anderson.