In an exclusive interview with PWMania.com’s Scott Mitchell (@ScottsScoop44), KiLynn King sits down to talk about her time in the NWA so far, her upcoming match at NWA: Hart Times in New Orleans, and more.

“When I was starting to branch out and work more regularly for other companies, Mickie James was the one who I reached out to,” King tells PWMania. James who is a legend in her own right, helped King to get her resume into NWA.

Shortly after the Crockett Cup, King made her NWA debut against Natalia Markova in a singles match.  “I remember being so nervous because I’ve been performing in front of the same people for a while now, and just wanted to leave a good first impression,” says King. “I was very excited to work with Markova, as well. She can hit hard and she can go. Although we didn’t have a lot of time, it ended up being such a great match.”

I was very excited because it was a crop of talented new women to work with,” says King. “There were a whole lot of new minds to learn from, so I was very excited.” Aside from the exposure, and the history of the NWA, King was very happy to be able to expand upon her work here. “I was able to learn how to overcome, adapt, and just learn a new way of wrestling,” states King.

To King, this showed her that the NWA had a lot of faith and trust in her. “I was very honored,” says King. “Let alone win the match and become the new #1 Contender after just only one match in the NWA prior. It was a huge opportunity, and I’m very grateful for it.”

Following her win over Green and Jennacide, King got to square off with Kamille at Alwayz Ready for the NWA World Women’s Championship. “It was incredible working with her,” says King. Both Kamille and King started their journey at the Team 3D academy.

“Her journey started a little bit before mine did,” says King. “By the time I got the ball rolling on my training, she was on her way out the door. Our interaction was very quick.” King recalls thinking how cool it would be to have a story with her down the line.

“We’re so similar in size and that didn’t happen a lot for me at that time,” states King. “Fast forward four years later, we both went on our journeys and found each other back in the NWA. Now we have the Team 3D student vs. Team 3D student.”

“It was cool to see what our different journeys brought out of us,” states King. “I think that people didn’t expect that from us.” King believes that a lot of people still underestimate Kamille and were so used to her work at AEW that they didn’t know exactly what they were capable of.

“We were given a big stage and time to show our craft and prove ourselves,” says Kamille. “It all came together really beautifully. I’m excited to get back in there at Hard Times in New Orleans because we’ve both been training, getting even better, and now we have the third element of Chelse Green. There will be a lot of different avenues to explore.”

Our goal every time is to show up and show out,” says King. “We are hard-hitting women, and we want to prove that. We’re in a new era now where women’s wrestling is getting a lot more attention and a lot more time than it used to, but it’s still not quite where we want it to be.”

“In every, and any company, we’re all hungry and have something to work for,” states King. “There are a lot of women who paved the way for that, and it’s our job to keep it going. It’s a matter of using our voice, but also using our talent to back up that voice.”

On NWA the NWA 74 pre-show card, Billy Corgin thought up the idea of having a Queen Bee Tournament. The Queen Bee Tournament was different from most. It would start as a trios match but would end with the winning team competing against each other in a triple threat match.

The stage was set and it would be KiLynn King teaming with Jennacide and Taya Valkyrie as they took on Madi Wrenkowski, Missa Kate, and Natalia Markova. “This was Billy’s little brainchild,” says King. “We’ve never done a match like this before, it was very interesting.”

Unfortunately, King’s team would come up just short of winning the match. “I’m bummed I didn’t get to advance to the triple threat part of it,” states King. “I love my multi-man matches. However, it was still really cool to work with those women.”

“The NWA Women’s Division has grown so much in the past six to seven months,” says King. “It’s been cool to see how everyone’s evolved in the last year. It was cool being in the ring for a first-time-ever match, and I think it’s something that they’ll keep around because I’ve seen them do it multiple times more.”

King has worked with Taya Valkyrie quite a bit in NWA. One of the first times they worked together came before NWA 74 when Valkyrie defeated King to become the new #1 Contender for Kamille’s NWA World Women’s Championship.

“That experience was just perfect,” states King. “It was one of those things where we didn’t have to think. We just locked up, wrestled, and beat each other up. When you have that chemistry with someone, there’s nothing more fun than exploring it.”

The first time King faced Valkyrie, it was more of a feeling-out process. “Once you realize the chemistry is there, you don’t have to think or worry, you just get to expand on it and have a lot of fun.”

For King, being in the ring with Taya felt so comfortable and easy for her. “She has been on fire, and on a warpath making sure her name gets to that next level, and I’m proud of her for it,” says King. “Being able to be in the ring with her, battle with her, and this time get my hand raised solidified the time I’ve been putting in myself.”

“I’m trying to work on getting to the next level, and being allowed to be in the ring with people on that level makes me step up my game,” says King. “I would wrestle her every single weekend if I could. I love working with her.”

The stage is set. This Saturday, Nov. 12, 2022, Kamille will be defending her NWA World Women’s Championship over KiLynn King and Chelsea Green at “Hard Times in New Orleans.” So, how did we get here?

On a recent episode of NWA Powerrr, KiLynn King teamed with Kamille to take on The Hex. “I wasn’t expecting to have to team with her,” says King. “There’s no animosity or hate between us. We’re both very passionate, and hard-working women who love what we do.”

However, the goal for each of them remains the same, to be the NWA World Women’s Champion. Teaming with Kamille was just a matter of circumstance for King, as she and Kamille still both wanted to win the match.

“There’s no hidden agenda,” says King. “We both love to fight, and we both want to represent the best that we can. With that said, that doesn’t mean that there will be any cohesiveness and issues between us. It can go either way. We do have that third element of Chelsea Green.

“Chelsea in her own right is very dangerous,” says King. “She’s very sneaky, and clever. When she knows she’s at a disadvantage she uses her mind. It’s going to be a matter of not just relying on our brutality, but also relying on our minds to combat Chelsea.”

In every match that Kamille has, King gives her credit for always bringing something new out. “She always steps up in the next match. She’s always evolving her work,” states King. “I am always evolving my work. I will need to keep an eye out for her go-to’s, but she will have to do the same thing with me.”

Overall, King says that this Saturday will have a different, and interesting dynamic between the three of them.”Between the mind games of Chelsea, to two big hard-hitting, hard-working women, there’s no way to prepare,” King tells PW Mania. “When you work with women who constantly change and adapt how they do, you always have to be changing, and expect the unexpected.”

What’s Next for KiLynn King?

Right now, King would love to step in the ring with Madi Wrenkowski again. “She’s stepped up her game, and my work changed quite a bit since we last met. It’d be cool to see what we could do together.”

King is always up to wrestling Natalia Markova as well. “Her and I have had some banger, hard-hitting matches.” King also would like to have Chelsea Green in a singles match as well, considering every time they’ve worked together it has been in a multi-man match.

“I’d like to also re-work some women I’ve wrestled a while ago, and some women I’ve faced in multi-man matches as well,” says King. “I’m a much better singles wrestler because that’s something I’ve had to rely on for so long. I know how to make it work with everyone and anyone.”

You can find KiLynn King on Twitter and Instagram. She has merch on FullyGimmicked, as well, and sells merch at shows if you find her at one near you. 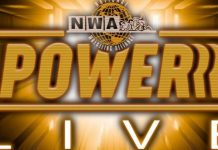 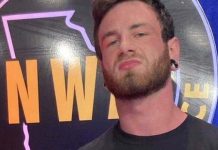