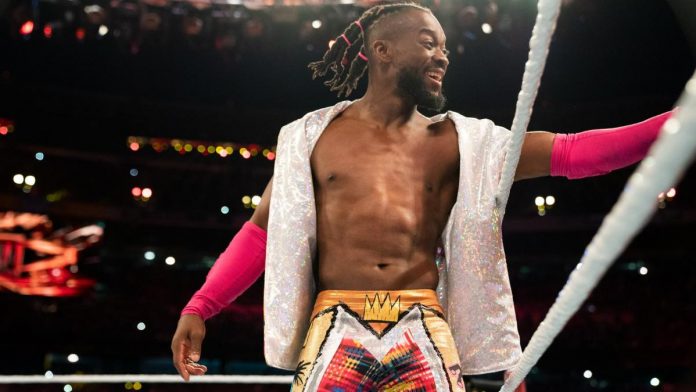 As PWMania.com previously reported, Kofi Kingston recently appeared on the “Swerve City Podcast.” He discussed CM Punk helping him out in his early days in WWE, The New Day lifting him up, and more. You can check out some highlights from the interview below:

On having the New Day to help lift him up: “It’s important in a lot of ways … I think you need people, like I think we were talking about, to uplift you. And especially with like — particularly with Woods and E, we went through so much ups and downs, you know. We had a vision of what we wanted to be. That idea got rejected, you know, we had to come back and come through with something else. We went back into Vince’s office, tweaked whatever he wanted to have us do. This was a process of about five to six months. Every week, going into his office and presenting something, and then shooting stuff on our own. And then you know, taking that, Woods would compile it up and give it to Vince. And then he’d see it and go, ‘Well, we want you to do this.’ So then we just had to keep on tweaking, keep on tweaking. And then the end result was us being preachers which was not at all what we wanted to do. But that was the opportunity that we had, you know what I’m saying? So if I didn’t have those guys — you need to have somebody to get you through the ups and downs, because it can be a — number one, a lonely business. It can be a lot of trials and tribulations. And you know, it helps a lot of have people to lift you up.”

On Punk helping him out: “So again, like Punk too — one of the guys in the industry who I would consider to be my brother. You know, [he] helped me out when he didn’t need to help me out. Again, like a point in time where people were more about keeping other people down and their spots being taken. And I remember, I’m about to go out for my debut and I’m sitting there doing push-ups. And I see a set of wrestling shoes at my feet, at my head or whatever. So I look up, and there’s Punk. And he’s like, ‘Oh, you know, just remember, they’re out here to see you.’ And I’m like, ‘Okay.’ And that kinda eased my nerves going out there. But he didn’t have to say that to me.”

On learning from Punk when they teamed together: “And then we became Tag Team Champions and I learned so much. ’cause at the time, he was [ECW] Champion. And a lot of gripes and everything that you have on the undercard, sometimes you have on the top, you know? And I’m like, ‘Oh, man. He’s going through a lot of the same stuff that I’m going through.’ Fast forward to being WWE Champion, I was already prepared to go through whatever it is that I needed to go through and fight.”