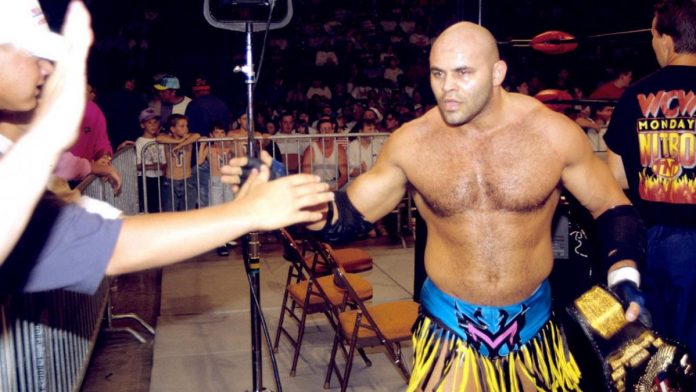 Konnan recently appeared on The Ross Report (transcript via wrestlinginc.com). Here are some highlights:

On his praise for Elias:

“The most over guy to me on either Raw or SmackDown is Elias. That is my favorite character. I love the way he comes out and buries the crowd. I love how he sings his song and buries the crowd,” Konnan said. “His delivery and timing is incredible. He is really funny to me. Obviously, they haven’t put him in any good matches where he means anything. I mean, they really buried him when they did that angle with Jason Jordan and how he came out and threw vegetables at him, which was very hoaky, but I love watching Elias. He’s my favorite right now.”

“Jinder Mahal has real heat. More heat than anybody,” Konnan said. “People were talking about how he wasn’t used well the first time around he was in WWE and now he is up here in today’s world of great work rate, you have to be in the same conversation of an AJ Styles or Samoa Joe. Some of them, they don’t like his work rate so that gives him some real heat.”