As PWMania.com previously reported, the match will take place at the Starrcast event in Nashville, Tennessee, on July 31. It is said to be Rock N’ Roll Express, a mystery partner, and FTR & Flair.

“I think it’s awesome. I think that if he’s going to do it, I’m not sure who’s going to wrestle. I was told possibly Ricky Morton, or maybe even Jay Lethal, but I think Ric needs to go with a younger wrestler, somebody that can carry him a little bit better. If he goes with an older wrestler, it’s going to look a little bit like two old men wrestling. I think that Ric needs a younger talent if he wants to have a great match.” 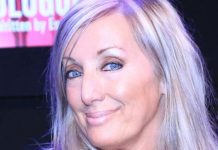