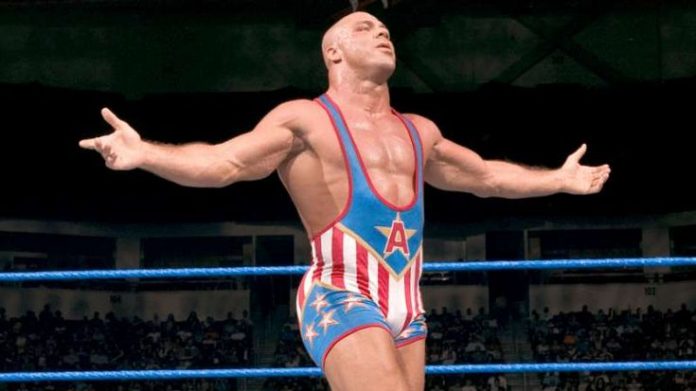 – WWE Hall of Famer Kurt Angle talks to Chris Denker in this new video to promote the WWE 2K18 video game. The video features footage from the pre-order bonus trailer that was released this week. When asked about potential opponents he’d like to wrestle, Angle named AJ Styles, Seth Rollins, Kevin Owens and RAW Tag Team Champions Cesaro and Sheamus, noting that the roster is loaded but he would take on any one of them.

– The Twitter beef between Tye Dillinger and WWE Intercontinental Champion The Miz continued this afternoon with Dillinger bringing Maryse into things and Miz taking a shot at Dillinger’s status on SmackDown. As noted, the exchange began after Dillinger invited Miz to SmackDown for a title match after Miz retained over Dean Ambrose at Great Balls of Fire. Below is the full exchange as of this writing:

Why so I can watch you perform in the opening dark match? #ICTitleComebackTour https://t.co/UcDDlTKmiX

You'd watch?! Wait, do you need to steal more moves? Besides, I work magic in the DARK, just ask your wife ?? https://t.co/vkwEtNxXAM

The only magic anyone has seen from you is your disappearing act from #SDLive and I give that a 10. https://t.co/vsKLEmYleS