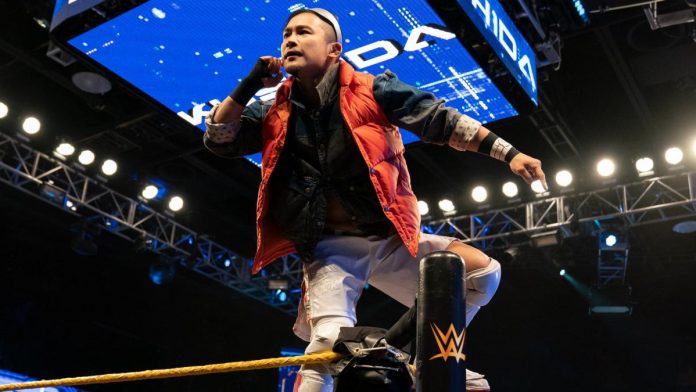 The challenger for Kushida’s Impact Wrestling debut has been revealed.

Kushida will wrestle Rich Swann on Friday during the Derby City Rumble TV tapings, Impact announced today. The match will be included on a future Impact episode.

BREAKING: KUSHIDA will face Rich Swann in his IMPACT debut THIS FRIDAY at Old Forester’s Paristown Hall in Louisville, KY!

There is currently no information available regarding Kushida’s opponent for his second match with the company, but he will be present during the Friday and Saturday tapings. The tapings will take place at Louisville, Kentucky’s Old Forrester Paristown Hall.

After a successful career abroad, Kushida joined WWE in April 2019. Before leaving the company on April 18 of this year after his contract ended, he briefly held the title of WWE NXT Cruiserweight Championship. On June 21, during the New Japan Road event in Tokyo, Kushida finally returned to NJPW. Then, on July 3 at the New Japan Road show, he made a comeback to the NJPW ring, teaming with Alex Zayne and Hiroshi Tanahashi to defeat KENTA, Gedo, and Taiji Ishimori as a six-man. He teamed with Tanahashi for a loss to KENTA and Ishimori the following day, and then teamed with Tanahashi and Jado for a six-man loss to KENTA, Gedo and Ishimori the day after that, July 5.

As of right now, Kushida’s involvement with Impact remains unknown. On June 21, when he returned to NJPW, he made the announcement that he had signed a contract with the company and would be working there for the remainder of his career. Later, he announced on Instagram that he would be relocating to the United States and will be based in Los Angeles. He went on to say that he intended to “bring excitement” to NJPW, the Junior division of NJPW, and the NJPW LA Dojo.