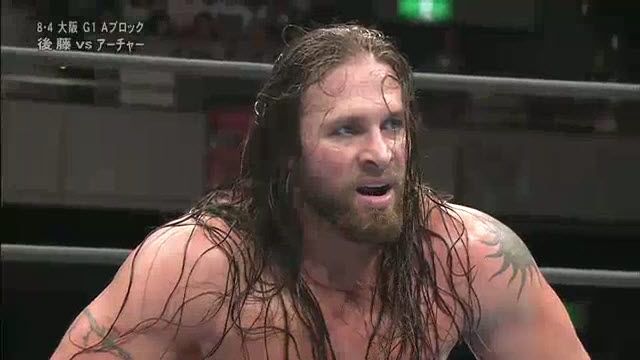 The year of 2019 certainly has its share of new opportunities within the professional wrestling industry and scenarios once thought not possible are a reality. When Bushiroad, the parent company of a popular Japanese trading card game, bought the majority interest of New Japan Pro Wrestling in 2012, there was an emphasis on expanded distribution of the product. New Japan, the country’s largest and one of its most prestigious organizations, was founded by the legendary Antonio Inoki in 1972. Since the Bushiroad acquisition, NJPW surged in popularity with a mixture of incredible native stars and tremendous “gaijin” or foreign athletes. The launch of New Japan World, the group’s streaming service, brought the Japanese product to an entirely new audience and led the way for live events to be held in various countries around the globe.

In just a few months, the company takes another major step in its North American expansion as the opening night of the historic G-1 Climax tournament will kick off the month-long format at the American Airlines Center in Dallas, Texas on July 6th before its conclusion in Japan in August. The G-1 is considered one of the most important tournaments in the sport with names like Muta, Chono, Tenzan, Nagata, Tanahashi, and several other legends decorating its nearly three decade history.

Ironically, a Texas native found his “wrestling home” inside the New Japan ring, including when the 6’8 grappler, Lance Hoyt was in the middle of a battle royal melee in front of nearly 40,000 fans at the Tokyo Dome earlier this year for the promotion’s signature, Wrestle Kingdom event.

As is usually the case in the unpredictable wrestling business, there were many different shifts in the path that Lance took before he found himself in the squared circle with Japanese legends. An extensive collegiate background and a passion for sports drew him to the action-packed nature of professional wrestling.

“I was a huge fan of the blend of acting and athleticism done on a live stage,” Lance explained.

After he learned the proper training, Hoyt honed his craft on the Texas independent scene in his formative stages, but his impressive agility for an athlete of his size got his noticed early on, prompting an offer from the upstart NWA-TNA organization in 2004, just a few years after he laced up his boots to start his career. Utilizing his huge stature, Hoyt was paired with grizzled veteran, Kid Kash as his bodyguard, “Dallas,” a nod to his home state. The chance to work with an experienced tag partner and the ability to learn on the bigger stage of television and pay-per-view was an aspect of his career that he considers a highlight.

“Early TNA was fun because there were so many steps forward at that time. First TV, first three-hour PPVs, and then first live shows. Working with Kash helped me tremendously to transition into working on that stage and I still use many of the lessons learned even today,” he explained.

After almost five years under the TNA banner in one form or another, Lance left the organization to seek bigger opportunities. At the time, many commentaries on the industry noted that TNA missed the boat on Hoyt, as his combination of athleticism and size brought much potential to the table. Just a few months later, he inked a WWE developmental contract. He spent time in the Florida Championship Wrestling system before he was called up to the infamous WWE version of ECW. When the less-than-extreme brand was folded, Lance was moved to Smackdown, but the shift of several competitors saw him lost in the shuffle before his release in late-2010. Still, Lance took the year and a half under contract as a valuable learning experience for how to perform on a major platform.

“The main thing was the need to be absolutely confident in who you are and what you’re doing or you won’t succeed. I may not have accomplished that there, but it has helped me since then.”

Hoyt’s personal philosophy of always push forward to succeed proved to be wise, and it didn’t take long for the free agent to get an offer that became the most successful of his nearly two decade career. In 2011, Lance began working with New Japan Pro Wrestling, and the organization’s serious approach to the sport fit his smash-mouth style perfectly.

“New Japan is much more sport-oriented. So,they focused more on wrestling than the entertainment aspect of the business,” he explained.

The past eight years saw Hoyt’s career truly flourish as his fast-paced, brute in-ring work made a tremendous duo with Davey Boy Smith Jr. as the two became the “Killer Elite Squad.” Under the guidance of the legendary Minoru Suzki, the pair were also members of Suzuki-Gun, a stable that ran roughshod over New Japan and Pro Wrestling NOAH over the years. The combination of Hoyt and Smith Jr. has made them one of the most successful tag teams of their generation, winning multiple titles in different promotions.

While the he cites being away from home as one of the most difficult aspects of being an international wrestler, Lance Hoyt has a deep appreciation for the company and country that brought him so much success.

“The respect level in all aspects is one of my favorite things about Japan and the Japanese people. It’s exhibited in everything, how the speak to each other, how they eat, and how the wrestling fans treat the wrestlers.”

That respect an admiration is why the G-1’s location in his hometown of Dallas is such a special occasion for Lance Hoyt, because it’s a chance for him to bring the company that embraced him into their culture to his native city for a historic occasion in professional wrestling.

“Being in Texas is a huge deal. Not only for me, but New Japan, the G-1 Tournament, and the wrestling industry all together. It’s an important and historic day for pro wrestling,” he explained.

It’s rather fitting that Lance Hoyt’s nearly 20-year career goes full circle as the company that saw him achieve his biggest success runs a historic card in the city where his journey in the professional wrestling industry started. This G-1 event is an indication of the bring future of professional wrestling in 2019 and also a milestone in Lance Hoyt’s accomplished career.