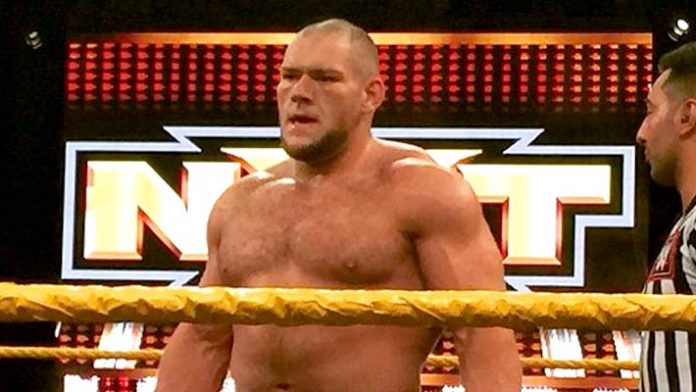 – Cathy Kelley looks at reactions to John Cena’s post-match segment at WWE No Mercy following the loss to Roman Reigns, Cena’s RAW Talk interview and speculation on Cena’s future in this new video from WWE Digital.

– Byron Saxton recently spoke with WWE NXT Superstar Lars Sullivan for the WWE website. The big man commented on why he’s chosen to display his rich vocabulary so prominently:

“Why would a poor man eat a lizard? Because I’m unequivocally, categorically and unquestionably the most well-spoken guy in all of WWE. That’s why! I have the body of a gorilla and the mind of a professor!”

Lars also commented on what separates him from the other Superstars in NXT:

“I have everyone in the NXT Universe galvanized, mesmerized and enigmatized because I’m a real-life freak. I’m fine with acknowledging this. I’m a monster, and I will hurt you if you get in my way. I’m the biggest and strongest man in the world. The proverbial and imaginary brass ring will be mine, and I have no problem saying that out loud to the entire world. I will snatch that ring up, swallow it, let it go through my esophagus, through my stomach, let it get stuck in my small intestine, and I’ll pop it out of my rectum when I’m ready to relinquish it. Mark my words: By my hands, NXT will be molded how I see fit.”

– YouTube & Twitch gamer Chief Pat, who has been called the world’s best Clash Royale player, was filming an unknown project at the WWE Performance Center in Orlando earlier today. He tweeted the following:

Filming one of the most epic videos I've ever made today – you ready? ?? pic.twitter.com/NM1tMN0M9f