Lars Sullivan could be out of action for the rest of the year.

One night after demolishing The Lucha House Party in a 3-on-1 Elimination Handicap Match on Raw last week, Lars Sullivan was scheduled to face Matt Hardy on SmackDown LIVE (according to Dave Meltzer in the Wrestling Observer Newsletter). WWE, however, nixed the match due to a knee injury Sullivan sustained during his match on Raw.

The injury was originally thought to be minor and that Sullivan would be able to return to action by this week. Meltzer, however, reported last Friday that Sullivan’s injury “is worse than originally believed.”

According to Meltzer in the latest issue of the Wrestling Observer Newsletter, WWE officials believe Sullivan will be out of action for six to nine months after undergoing an MRI this week.

“Sullivan’s knee injury reported on last week was worse than anticipated but we don’t know more details than that,” Meltzer wrote. “He underwent an MRI during the week. The only stuff we’ve heard is that the company believes he will be out six to nine months.”

According to Bryan Alvarez on Wrestling Observer Live, Sullivan underwent surgery on Thursday morning and the word coming out of it is that he’s still expected to be out of action for the rest of the year.

It’s unclear how Sullivan injured his knee, but Alvarez said that it occurred when he was doing something routine.

“I don’t know what it was, I just know it was one of those fluke deals that happens all the time. You’re just doing something and then it goes whatever body part, I think it was his knee. Anyway, he had surgery this morning and he will be out six to nine months,” Alvarez said.

Sullivan’s knee has given him issues over the years, which is why he sported a huge knee brace while in NXT. In 2016, he injured his knee during a training drill at the WWE Performance Center and it kept him out of action for nearly a year. When he returned, he began sporting the knee brace, but stopped using it when he joined the main roster. 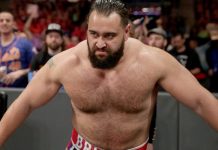 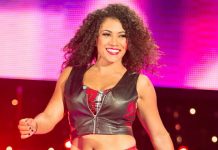