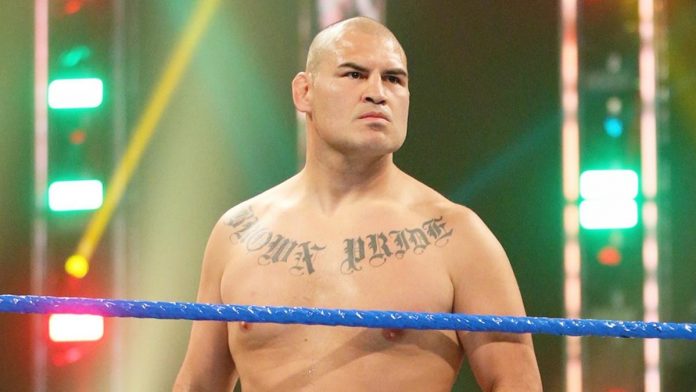 Cain Velasquez signed with WWE last fall in what is reported to be a very lucrative three-year contract.

After being used for only two matches and with no plans for him either, it made financial sense to release him. According to the Wrestling Observer Newsletter, Velasquez was primarily signed for three main reasons: a) to let Brock Lesnar avenge his UFC defeat to Velasquez in 2010, b) to give the Saudi Arabia show another big sports name alongside Tyson Fury and c) to help push SmackDown’s debut on FOX since FOX was looking for “sports stars” as that is what they were pushing the network as.

WWE never utilized Velasquez’ Lucha Libre skills mainly because they wanted Lesnar to beat a “UFC-type” Velasquez. Moreover, he was also side to be suffering from a knee injury serious enough to require surgery.

The last time Velasquez’s name was heard was when he was mentioned as being in the Royal Rumble, but those ideas were scrapped very early on and his name never even made it to any of the later drafts of the match.