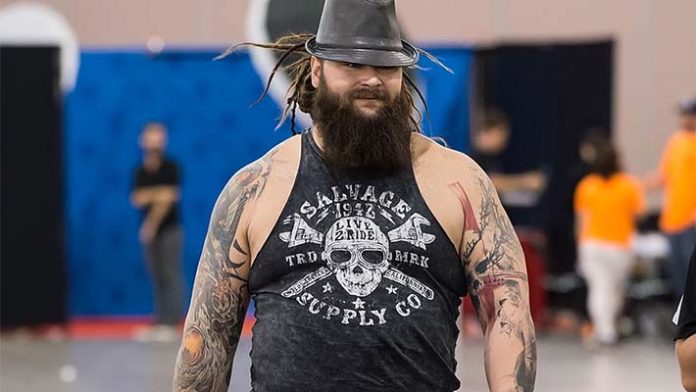 As was mentioned earlier this week, Wyatt’s name has lately come up, according to Fightful Select. “I can’t speak for him, but I know I’ve heard his name brought up, and I don’t know how you couldn’t feel better about coming in now if you were him?”, ” a WWE employee was quoted as saying regarding Wyatt.

Several current wrestlers reportedly stated that they would “go to bat” for Wyatt, but they do not think that he would require that in order to be brought back. The idea is that since Triple H is operating with a “clean slate” and the same grudges that were held under the old Vince McMahon regime would not apply here.

Wade Keller expanded on the reports regarding Wyatt during a PWTorch.com audio broadcast by claiming that he is very likely to make a comeback. He said, “I can back up Fightful’s reporting that Bray is likely back in WWE soon.”

Keller is referencing the Fightful story that senior WWE officials think Wyatt’s return to the company is more likely than not. Those prospects were minimal prior to Triple H taking over as Head of Creative due to the manner the company handled Wyatt’s departure.

A story that “came from those who worked directly with McMahon” about Wyatt having a supposedly “bad attitude” was being pushed last year, and Vince McMahon believed Wyatt to be “done” with WWE. Furthermore, according to Fightful, “There were also several other instances of rumours started within that circle to ease the heat off of WWE for releasing him.”

According to reports, McMahon made derogatory comments about Wyatt’s body as well. It is believed that Wyatt was the target of McMahon’s negativity after he reacted against poor creative decisions. Now that Triple H is in charge of the backstage operations, one would assume that all of the hostility from both sides would disappear.

Since leaving WWE, Wyatt has maintained a low profile. His work in Hollywood and his appearance at WrestleCon in Dallas is the only public appearances he has made. He was one of the highest paid talents in the WWE when he was there, and Dave Meltzer said that he demanded a high price to wrestle elsewhere, which may be why he hasn’t been in AEW.

Mike Rotunda, Wyatt’s father, stated in an interview earlier this year that both of his sons were likely not finished with wrestling. Wyatt has expressed interest in some point getting back in the ring.

Mike Rotunda said, “They’re definitely not maybe done. I don’t know, they’re kind of got their foot in and going with a couple different things, trying to see what’s available. So, you know, maybe you’ll see them back. Maybe you won’t, I don’t know yet, but I don’t want to speak for them either because I know they’re trying to reach out and get some different things going.”