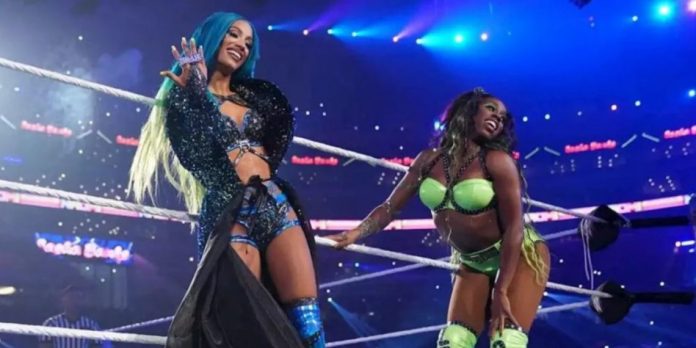 Sasha Banks and Naomi are expected to return to WWE very soon.

As PWMania.com previously reported, Banks and Naomi have agreed to return to WWE. Bryan Alvarez later confirmed on Wrestling Observer Live that he heard the same information from a source.

The following was said by Alvarez on Wrestling Observer Live, “I am not 100 percent confirming this, but since everybody is asking about it, I do have one source who is saying that, ‘Yes, Sasha and Naomi have made a deal to return. So we’ll know more I’m sure within two hours. But I’ll just say I think it’s true. I’m pretty sure. But I can’t say 100 percent.”

The following was later revealed by Dave Meltzer in his daily update, “Regarding the Sasha Banks and Naomi rumors of them returning, I don’t know that it’s signed yet but it is moving in that direction and internally they do expect it to happen.”

Banks and Naomi’s WWE return is imminent. We could potentially see their return as soon as this Friday’s SmackDown.

One has to wonder whether this will open up the door for the Women’s Tag Team Titles to make a comeback after Vince McMahon suspended Banks and Naomi for an indefinite period of time. Stay tuned to PWMania.com for more.