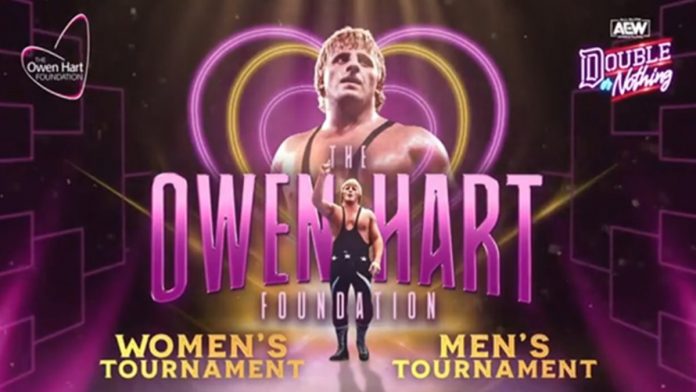 Kris Statlander will face Ruby Soho on next Friday’s AEW Rampage episode, which will air at 5:30 p.m. ET due to the NHL Playoffs on TNT. The winner of that semi-finals match will meet the winner of Britt Baker vs. Toni Storm in the tournament finals at Double Or Nothing on Wednesday’s go-home edition of AEW Dynamite.

Statlander defeated Red Velvet in a quarter-finals match this week to proceed to next week’s match against Soho. Hikaru Shida was absent, so Statlander stepped in.

AEW Rampage will air live next week. It will be broadcasted live from Las Vegas’ Michelob Ultra Arena.

Adam Cole defeated Jeff Hardy on this week’s AEW Dynamite to earn a spot in the finals of The Owen Hart Foundation Men’s Tournament at Double Or Nothing. Kyle O’Reilly will fight ROH World Television Champion Samoa Joe on Dynamite next Wednesday, with the winner going to the pay-per-view to face Cole in the finals.

Dr. Martha Hart will be on hand to award the trophy to the tournament winners at Double Or Nothing. This week, it was reported that AEW intends to give each tournament winner a title belt, however AEW has not verified this.

Here is an updated look at both Owen Hart Foundation Tournament brackets:

Stay tuned for more. Below are some highlights from this week’s Rampage:

#ToniStorm vows to rearrange Dr. @realbrittbaker DMD’s teeth if there is any funny business in the #OwenHart Foundation Women’s Tournament semi-finals THIS WEDNESDAY at #AEWDynamite LIVE from Las Vegas!

Tune in NOW to #AEWRampage on TNT! pic.twitter.com/uZDdAVdaCc

The scene is chaotic after @callmekrisstat's victory over @thee_red_velvet, as #TheBaddies and TBS Champion @Jade_Cargill descend on Kris Stat, while @realrubysoho and @annajay___ come in for the save! Tune in to #AEWRampage on @tntdrama right now! pic.twitter.com/wf0ojK9uwz

.@callmekrisstat kicks out of the Final Slice and @thee_red_velvet is in disbelief! Tune in to #AEWRampage on @tntdrama right now! pic.twitter.com/73dYmINcJi

The power of @callmekrisstat is out of this world! It’s #AEWRampage on @tntdrama! pic.twitter.com/zwH7RKSBL1