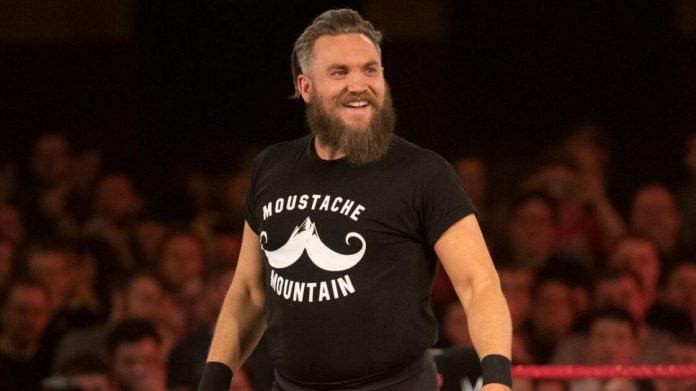 As PWMania.com previously reported, Trent Seven allegedly tried to ‘hook up’ with underage girls. One of those girls took to social media tonight and denied the allegations. She said,

“So me, alongside two of my friends, were one of those “underage girls” (i’m nonbinary btw). This night was an interesting and wild night and upon reading this, we were flabbergasted. First, I’m so sorry, Megan, that you went through that with Trent and that you’re #SpeakingOut. I know what that’s like and it’s shitty and I’m sending you love. However, I want to clear up our side of the story because our experience is not the situation that was stated below. This isn’t us defending Trent at all because fuck that man. Me and my friends don’t feel comfortable about our story and narrative being vague and therefore changed. I don’t blame Megan for that though, she was also drunk that night and she came here to mostly tell her story. But again, since we are those girls involved we have a right.

Situate our story & our experience and not let it be a vague memory on wrestling twitter in the months to come. Me and the three friends who were mostly around Trent were NOT underage. Legally drinking wise, yes. But we were not under 18. I was 20, one was 19 & the other was 23. There was another friend who was around but wasn’t with us consistently (she was mostly involved w/ the shows that were going on and was just checking up on us) & she was 17, about to turn 18. None of us, besides the 23 yr old, were drunk. All of us were completely sober. Our 23 y/o friend got us all one drink after we asked her to (she trusted us too & especially me; i’m jamaican so i was already a drinker since 18 is the legal age there lmfao. I remember me & Trent talking about how the USA drinking age is silly bc its 18 in the uk/jamaica).

My friend said only one drink for us tho bc she wanted to make sure that we were okay & also that she wasn’t being irresponsible. I didn’t even finish my drink, neither did my friends really. I do remember my friend, my 19 yr old friend gulped a good portion of hers & we were trying to sip from Trents’ drinks but he wouldnt let us at all. I do think it’s funny she thought we looked young. Personally people have always thought me and my friends were older. Actually, another friend who was 17 and left before these events truly played out, was there and Trent was like “hey! Buy me a drink!” and she said no, shes not even 21. He was shook and proceeded to ask any of us and we were like no, we’re under 21. I asked him how old he thought we were & thought we were all in our mid to late 20s. My friend who was of age, was like aight i’ll get you some drinks. That was the only time Trent mentioned us buying drinks for him or for us. Even when he was like “get whatever you want!” He didn’t hold that up because once he found out we weren’t 21 he was like umm, no. Although I do remember being like “um I’m cool dude i already drink” and him saying something along the lines of “this isn’t jamaica/uk” jokingly.

Me and my friends (besides the of age friend) were completely sober and we were hanging around Trent most of the night. He got drunker & drunker & we were like oh, okay lmfao. But it was all cool. We all talked and joked & me & my 19 yr old friend definitely had intentions get w/ Trent. I hate to say that because it was so long ago & I hate that I have to openly state this. I came out as a lesbian last year, having to publicly be like yes, at one point I wanted to sleep with a man, is personally upsetting bc of my struggle of accepting my sexuality. But it’s true. Me and my friend were trying to get w/ Trent Seven. So we flirted. Where things were weird and creepy (aside from being in your 30s and flirting with a 19 and 20 yr old) is he did ask again how old we were and then proceeded to ask the group around us. (while my friend was hugging him) “What is the age of consent in America?” we all yelled at him all laughing like dude 18! And it was like oh wow, thats crazy! It is very creepy to be all over a 19 yr old most of the night, forget her age, then semi jokingly ask “is this legal?” While legal, it’s still fucked up & gross & we can all agree on that. That’s apart of our night that we look back on be like “yikes!” & think about how that was messy as fuck. But we were not negatively impacted by it. Yes we were young, of course we’re like aye this is fun! And not in a more “mature” headspace but as someone who has been taken advantage of sexually (and by older men), this is something that hasn’t carried a sense of pain, trauma or sadness. I know my friends agree and feel this way too.

There’s other details about the night, a lot more. it was a long night. im tired though and am mentally drained from dealing with this on top of other things going on in the world and my personal life ! so i may stay off for a bit. im not supporting trent, idgaf abt wrestling anymore so fuck him. but i support everyone speaking out right now and am making sure me and my friends are heard as well. thank yall xx.”