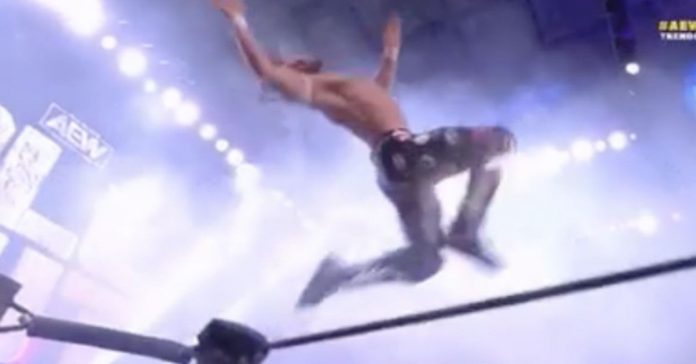 As many of you saw at AEW All Out last night, Darby Allin and Matt Sydal took some scary bumps during the Casino Battle Royale. Sydal botched his attempt at a shooting star press after he came out as the Joker in the match. He landed on his hip and is said to be doing okay.

Allin was put into a body bag filled with thumbtacks during the match and was powerbombed while zipped up in the body bag out onto the stage by Brian Cage. He is said to be doing okay as well.

Matt Sydal just had probably the unluckiest wrestling debut in a promotion ever. #AEWAllOut pic.twitter.com/nKVnvgKn64