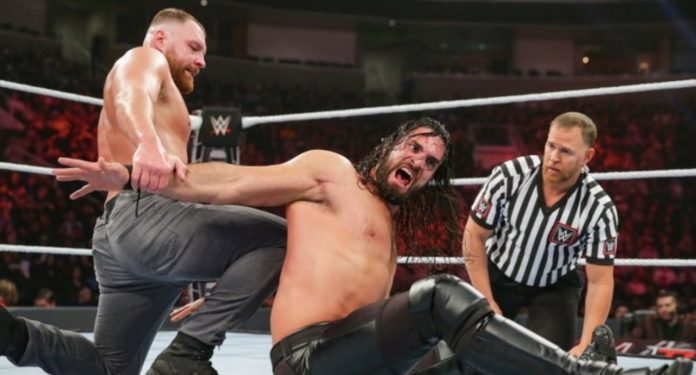 Brad Shepard of the Oh, You Didn’t Know podcast discussed the backstage reaction to Seth Rollins vs. Dean Ambrose at WWE TLC and here is what Shepard said:

“Internal reaction on Seth Rollins vs Dean Ambrose at TLC. I asked a source in the company about this. They said that Seth and Dean was a ‘flop’ and believe fans are over The Shield stuff. In fact, they went on to rant on the treatment of Seth Rollins and how him beating Hunter at WrestleMania was a ‘massive waste of time’ and wasn’t nearly the making of a star that they thought it was.”

“Certain people in WWE love Asuka. Now here’s the key: Vince doesn’t but everyone else does apparently. Hence her booking in NXT with the Goldberg streak and then winning the first Women’s Royal Rumble. Asuka, she doesn’t sell a dime in merchandise.”