The official poster for the WWE TLC PPV has been released which has confirmed the reunion of The Shield. It’s expected that the group will face The Miz and The Bar at the PPV instead of The Miztourage as originally believed. It was reported late last week that WWE had been considering a change in participants.

As previously noted, the reunion is being done for several reasons. In addition to boosting ticket sales, the reunion was done to keep Roman Reigns busy until he gets back into the Universal title picture. The company is also hoping that the reunion will help Reigns get better babyface reactions.

The TLC PPV takes place on October 22nd and PWMania.com will have live coverage as usual. 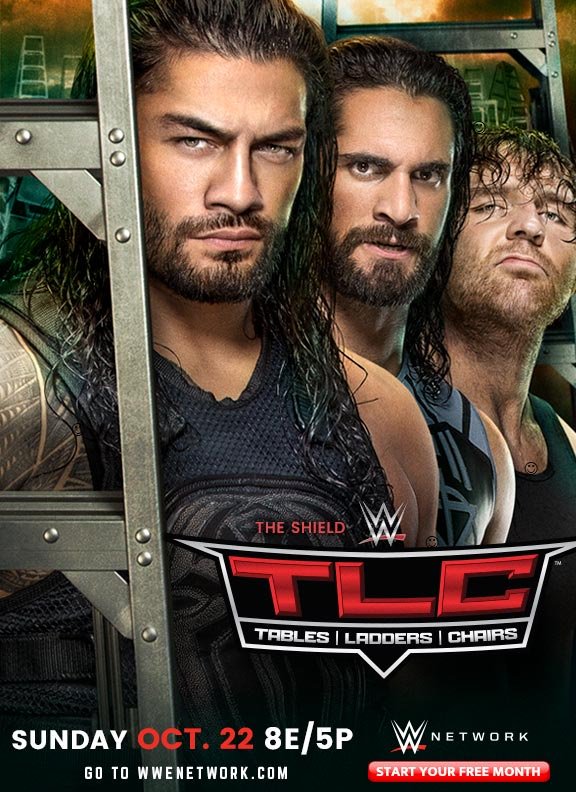