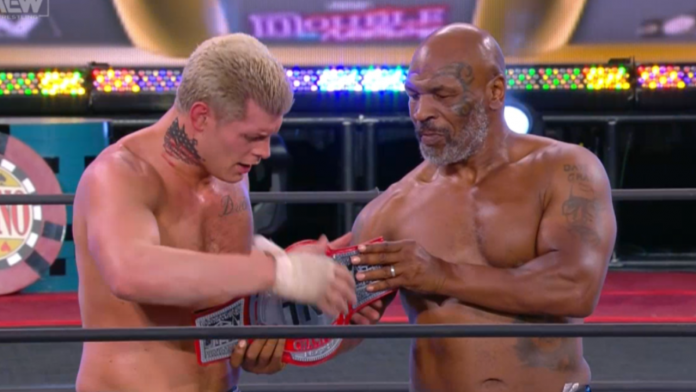 After presenting the TNT Title to Cody Rhodes at the Double or Nothing PPV, AEW announced that Mike Tyson will be appearing on this coming Wednesday’s edition of Dynamite.

As PWMania.com previously reported, following the PPV, Cody said the following about Tyson’s involvement with the show:

“Special moment to have Mike there for so many reasons. Surreal, that’s the best way to describe it, him being out there is surreal.”

Fresh off his appearance at AEW’s Double or Nothing Pay Per View, Iron @MikeTyson will make his #AEWDynamite debut LIVE THIS WED, May 27th at 8/7c on TNT!

Re-Live all the action and excitement from #DoubleOrNothing now on demand from all major providers, @FiteTV & @brlive pic.twitter.com/p8WkpNfWG9