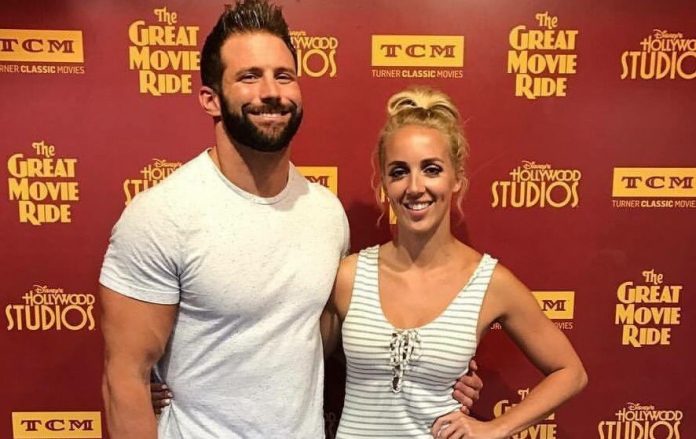 TNA Knockout Laurel Van Ness recently did an interview with Metro.co.uk. Here are the highlights:

“It’s so amazing that to an extent we can compete with WWE. They’re always going to have the mainstream audience, but right now we’ve got so much attention. There is a crazy spotlight on indie wrestling, and that’s amazing because it’s what we love to do, and a lot of us are doing it for a living. We’re trying to make money and entertain people, and for that to be our sole career. It’s crazy how things have changed and we’re now able to do that without having to work second and third jobs. This isn’t just a hobby, this is our life.”

“One that sticks out to me was when I was wrestling Nicole Matthews in Vancouver. I was very new and there was some very sexual comments made by a couple of drunk fans. As we were wrestling, Nicole stopped and said something to them. It did the trick, they stopped what they were saying. There’s such a fine line between letting it affect you, but staying silent about it. I don’t think it’s right to yell at a female like that, it is our place of work and we’re trying to entertain you. Freedom of speech, sure, but to an extent – you have to be respectful, we are humans and we’re working essentially for you. I do have a time when I hear things in the ring, but me personally I try to ignore it because I find a lot of people are trying to get your attention by screaming profanities or saying sexual things towards women. But I have a limit as much as anyone else, and if someone did cross that line, I think I would have to say something at the time.”

When fans chant “Zack Ryder” (her boyfriend) during a match:

“This is very different from the sexual comments, but another thing that makes me frustrated, and I get this a lot, is that I do get a lot of people doing my boyfriends chants at me. To me, that is very disrespectful and I don’t think people understand that. I have nothing to do with my boyfriend when I step into the ring. I’m not defined by my relationship or who my boyfriend is or where he works. So it’s very disrespectful when a fan does his chants because he’s not putting in the work in that ring, I am, so sometimes when people do the Zack Ryder chants it really affects me, and I have said some things to people. You have to figure out, do they want your attention? And if they do, don’t give it to them, do not give them what they want.”