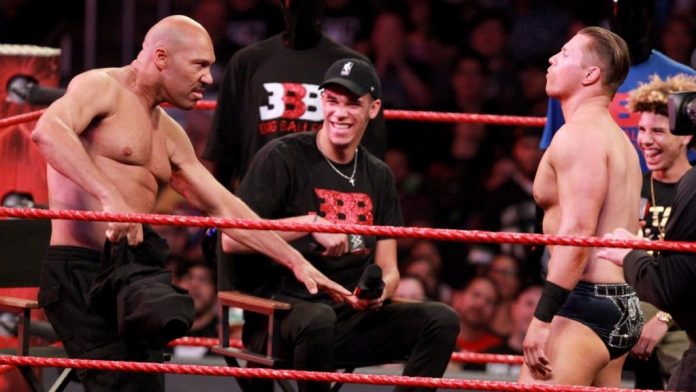 – Below is a promo for this week’s WWE NXT, featuring Nikki Cross vs. NXT Women’s Champion Asuka in a Last Woman Standing match:

– Outspoken basketball dad LaVar Ball appeared on Monday night’s RAW with son Lonzo Ball of the LA Lakers and 15 year old LaMelo Ball for a MizTV segment with Maryse and WWE Intercontinental Champion The Miz. That segment was briefly interrupted by Dean Ambrose, which led to Miz, Curtis Axel and Bo Dallas defeating Ambrose, Rhyno and Heath Slater. Below are videos and photos of The Ball Family on RAW:

"There's only TWO DUDES better than me, and I'm BOTH of 'em!" – @Lavarbigballer to @mikethemiz #RAW #MizTV pic.twitter.com/Zsz0v0312h