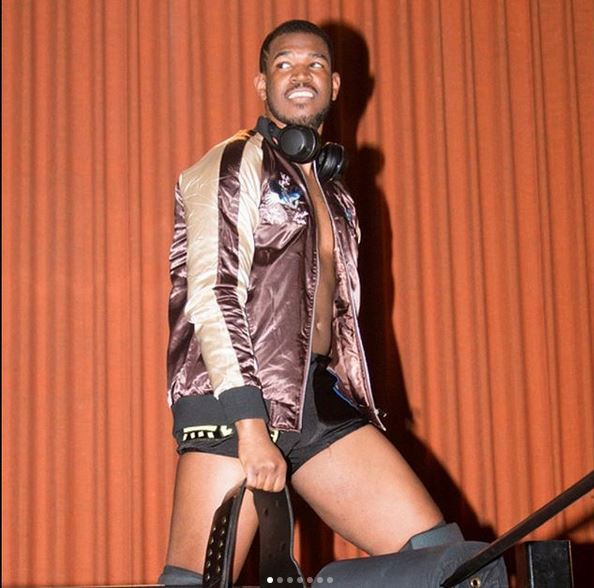 I penned an article in early-2018 that detailed the start of a young prospect that turned heads for his shining ability in the ring, not only during his rookie year of wrestling, but as soon as his first match. Since the time that the Trap Killaz “Boa Nite” blared through the speakers for his debut match in late-2015, Lee Moriarty made fans take notice.

I was on commentary for that initial pro match, and as cliche as it might sound, you could see from the first time he stepped into the ring that Lee Moriarty was a natural inside the squared circle. While some new competitors might show understandable jitters or display an unintentional hesitation, Moriarty looked as though he had been wrestling for at least a few years the first time he exchanged headlocks on the canvas.

This weekend, the talented prodigy often called, “The best wrestler in North America” as both a testament to his skills and a soft jab at his humble nature will get a chance to make the entire independent wrestling scene take notice, booked for half a dozen bouts for The Collective, a three-day presentation that will feature events from several different organizations. Originally penciled in for Wrestlemania weekend this year before the pandemic shut down most of the country, The Collective was considered to be the biggest weekend on the indie wrestling calendar.

For the grappler inspired by the legendary Bruce Lee, this weekend’s showcase in Indianapolis is another big step to continue the momentum he has built over the course of the formative years in his career. A native of Pittsburgh, Lee always enjoyed sports, studying Tae Kwon Do early in life before he played rugby in high school, and transitioned that natural athleticism into pro wrestling. A student of one of the most respected figures in the western Pennsylvania region and founder of Ryse Wrestling, Brandon K, Lee’s poise inside the ring ropes was noticed by the accomplished veteran very quickly during training sessions as the aspiring wrestler learned the craft.

Known almost as much for its storied history of sports entertainment as the steel in once produced, Pittsburgh has a track record for stellar stars that emerged from the area. Bruno survived winter in the mountains of Italy during a Nazi invasion to immigrate to the steel town, where he embarked on a journey that led him to the status of global icon through numerous sellouts as the headliner of Madison Square Garden. Kurt Angle worked his way from the amateur mats in Mount Lebanon, a suburb just outside of the city, to win a gold medal on the Olympic mat before he achieved legendary status in the pro ranks. Shiima Xion dazzled audiences on local cards at the Wilmerding YMCA in the early-2000s before he appeared as Joaquin Wilde in NXT. Before Corey Graves verbally beat down Bryon Saxton on WWE programming, he physically pummeled foes in steel city rings. Graves’ brother, Sam Adonis broke into the industry at fire halls before he went literally around the globe as one of the most talented stars on the international scene.

The smart money says that Lee Moriarty will be the next breakout star to make it to the national stage from Pittsburgh.

“Lee has made so much progress in such a short amount of time, it truly is remarkable when you look at his body of work, not only in AIW ,but everywhere over the last year or two. He has made everything he does can’t miss and is proving he is one of the most proficient professional wrestlers on the scene today. He is the best pound-for-pound unsigned professional wrestler in North America today,” said John Thorne, promoter of the Cleveland-based Absolute Intense Wrestling organization.

In late-2018, Thorne ran a seminar with international legend, Ultimo Dragon in conjunction with an AIW appearance, and the former WCW Crusierweight champion took notice of Moriarty during the training session. Upon Ultimo Dragon’s recommendation, Thorne booked Moriarty on a regular basis for AIW events. That series of AIW bouts proved pivotal in the next chapter of his career, as around this time last year, he was scheduled to compete against accomplished pro, Alex Shelley, an experience that Lee cites as one of the most valuable in his career so far.

“The relationship with Shelley evolved from rival to mentor to friend. I’ve learned a lot about myself and going after what I want in life, figuring out what works best for me and following that path, Moriarty explained.

After standout matches against such a notable competitor, Lee’s stock began to rise within the independent circuit and more promotions wanted to add him to their events. Game Changer Wrestling, Black Label Pro, and other groups began to showcase his skills on their platforms. This resulted in more exposure and unanimous praise for the athlete that represents “TAIGASTYLE” as his in-ring motto. However, when cameras weren’t beaming his exhibitions onto streaming platforms around the internet, there was the much less glamorous reality of the extensive travel involved to make the most of these new opportunities. It’s not uncommon for him to log a dozen hours in the car and hundreds of miles on the road during weekend trips. While challenging, it’s something that Moriarty recognizes as an aspect that is necessary to make it to the next level and a new dynamic of working as an in-demand athlete.

“The most challenging part of this new chapter is balancing things. I’m traveling a lot more and with that means there’s less time for other things. I’m still figuring it out, but while wrestling is my love, its not the only thing I enjoy. The lockdown made me realize that even more. I’m still an artist, I still enjoy my alone time and things like that,” Lee commented.

Wrestling a Japanese-inspired style with flairs of lucha libre and European techniques, Moriarty has a well-rounded presentation that allows for an in-ring ability that translates to a variety of opponents. Among the previously mentioned Collective bouts on his schedule this weekend include Ring Of Honor star, Johnathan Gresham, known as one of the best pure grapplers in the United States. The catch-as-catch-can contest is slated for Joey Janela’s Spring Break, one of the most anticipated events of the entire production. Aside from the professional opportunities, Lee gets a chance to compete in his personal dream match against ACH at GCW’s “For The Culture” event, a showcase of unity of everyone and a platform for talented African American athletes. While ACH is a personal inspiration for him, Moriarty plans to use all of these six Collective matches to let the world known what he can do on this stage.

“My thoughts on wrestling Gresham, it’s a match people have wanted to see for a long time. I always hear or get tagged in post about people wanting to see it. I enjoy watching and studying Gresham’s approach to professional wrestling and its had its influence on me for sure. As for ACH, that’s the biggest match of my career. Not just because of the importance of the event it’s on, but because of how ACH has inspired me personally and professionally as an athlete. Every match means something to me because all these guys are people I admire for their skill,” Moriarty explained.

During the shutdown that forced so many shows cancelled, it wasn’t uncommon for social media clips that showed Moriarty alone in a ring, practicing sequences that he studied as he watched lucha libre matches the night before. The drive to succeed certainly goes along the skills. But, as talented as he is inside of the ring ropes, Lee is known for his kindness outside of it. “Wholesome Lee” became somewhat of a trend on social media because of his politeness and respectful nature to those he meets along the way of his wrestling journey.

“Well over the past year I’ve just been working hard trying to get my name out more. I’ve just been doing the best I can to move forward while doing things in a way that doesn’t overwhelm me and makes me happy,” Lee remarked.

“To be honest, what I expect from Lee is that he won’t be in AIW much longer. I feel that he is going to be signed to a major wrestling promotion sooner than later and he deserves it, that guy should be a millionaire one day. He is a can’t miss talent and is nowhere close to reaching his full potential and I hope a major company with a lot of money realizes that,” John Thorne added.

So, as Lee Moriarty packs his gear bag with kick pads, wrist tape, and his signature entrance mask as a tribute to the original Tiger Mask, he will make long trip to Indianapolis this weekend, It’s refreshing to see someone so talented and so polite get the opportunities they deserve in a business that’s often described as a shark tank. Moriarty’s positivity and dedication brought him to The Collective, but his skills will make the statement.

Lee Moriarty is the future of the industry and this weekend as he gets prepared for the biggest matches of his career, he will make everyone take notice.