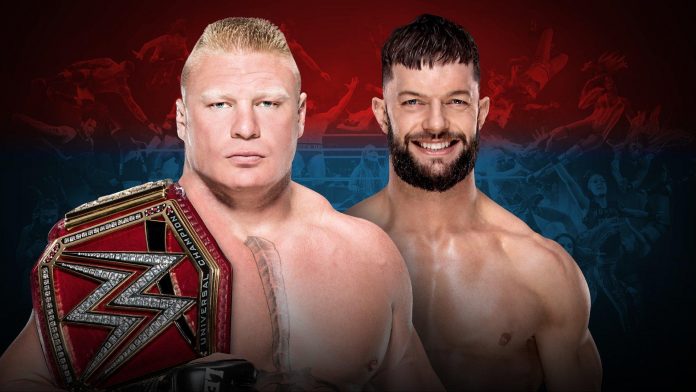 After Braun Strowman ripped the door off of Vince McMahon’s limo during Raw, The Chairman stripped “The Monster Among Men” of his Universal Championship Match against Brock Lesnar at the Royal Rumble and made an impromptu Fatal 4-Way Match for later in the night to determine his new challenger. Balor then beat John Cena, Drew McIntyre, and Baron Corbin to earn the Universal Championship Match against Lesnar at the Royal Rumble.

Superstar Billy Graham, a WWE Hall of Famer and one-time WWE Champion, took to Facebook on Tuesday night to criticize WWE for switching Strowman with Balor as Lesnar’s opponent at the Royal Rumble. Graham feels that WWE fans won’t buy Balor as a worthy opponent for Lesnar, pointing out that Balor is considerably smaller.

Graham wrote, “Well fans, just my professional opinion once more, and certainly nothing personal about any of the talent. But as you folks who watched RAW last night ( I didn’t ) know that ” The Monster Among Men ” Braun Strowman has been pulled from the main event against Lesnar. Despite Strowman’s superhuman strength and his ability to over turn paramedic trucks, 18 wheeler 10,000 pound cab trucks, and then overturn Vince’s limo, he can’t quite seem to beat a mere mortal in Brock Lesnar. So, now he has been replaced with less than 2 weeks before this mega PPV by Finn Balor.

“Does anyone in their right mind really believe Finn will have a chance in Hell of beating Lesnar ? I would want my money back immediately. Word is Finn Balor will spend 3 hours getting his spray paint demon gimmick on, to help him beat Lesnar, who it looks like to me out weighs Finn by a good 100 pounds.”

Graham also responded to Dave Meltzer stating on Wrestling Observer Radio that Vince McMahon planned Balor vs. Lesnar all along. With WWE continuing to promote Lesnar vs. Strowman to sell tickets, Graham feels that WWE is double-crossing fans “by putting in a man who will not sell one ticket to see this match.”

Graham continued, “Ah, but the following news by Meltzer is very telling. Meltzer is reporting that this was the plan all along to sell tickets. Knowing that fans would not buy Finn Balor against Lesnar. So that is where the WWE is with their talent. They have to work a gimmick that is a new one for me by advertising a wrestler the fans think had a chance to beat Lesnar to sell tickets, then pull the rug right out from underneath the fans, double crossing them by putting in a man who will not sell one ticket to see this match. Also waiting as long as they could.”

Graham closed his post by writing, “Damn, the WWE sucks when it comes to talent. I bet that Cody Rhodes and his crew will out draw WWE head to head every time. Truly, a colossal scam by the WWE, man do they ever suck. S.B.G.”

Graham was admitted to the emergency room last week due to pneumonia but has since returned home. He addressed his health in this post.