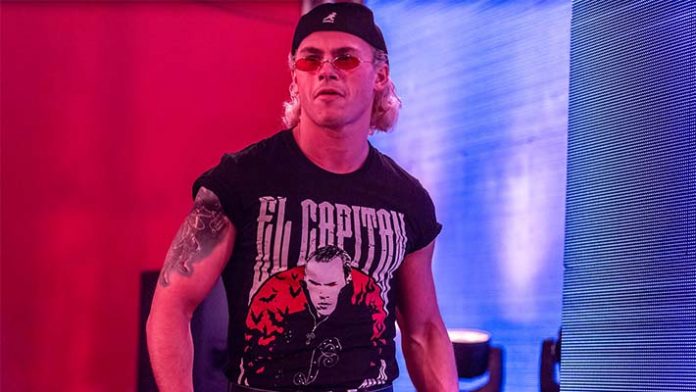 In our final interview with the third of 3 challengers to Kez Evans World Heavyweight Championship in the 4-way elimination main event match at Fear & Loathing XIV this Sunday, PWMania.com spoke to Leyton Buzzard.

Leyton Buzzard is the current holder of the 2022 Square Go briefcase and stated he would cash in to challenge for the ICW World Heavyweight Championship at Fear & Loathing XIV. Leyton has had his eyes fixed firmly on the ICW World Heavyweight Championship since 2020, and has overcome every obstacle in his way to get there. With the title currently in the hands of a man whose career parallels his own, Leyton needs to be better than ever if he wants to leave Fear & Loathing as the champion.

When speaking to the man who is constantly making waves in ICW and across European wrestling it is clear to see he is ready to go on Sunday night. He also recently made his debut in WxW.

This Sunday at Fear & Loathing, it’s the biggest match of your career. You’re fighting for the ICW World Heavyweight Championship. How do you feel?

“I’m feeling really good. The match is going to be something different, really special. With 4 of us in the ring, it’s going to be unpredictable, a really different dynamic.” 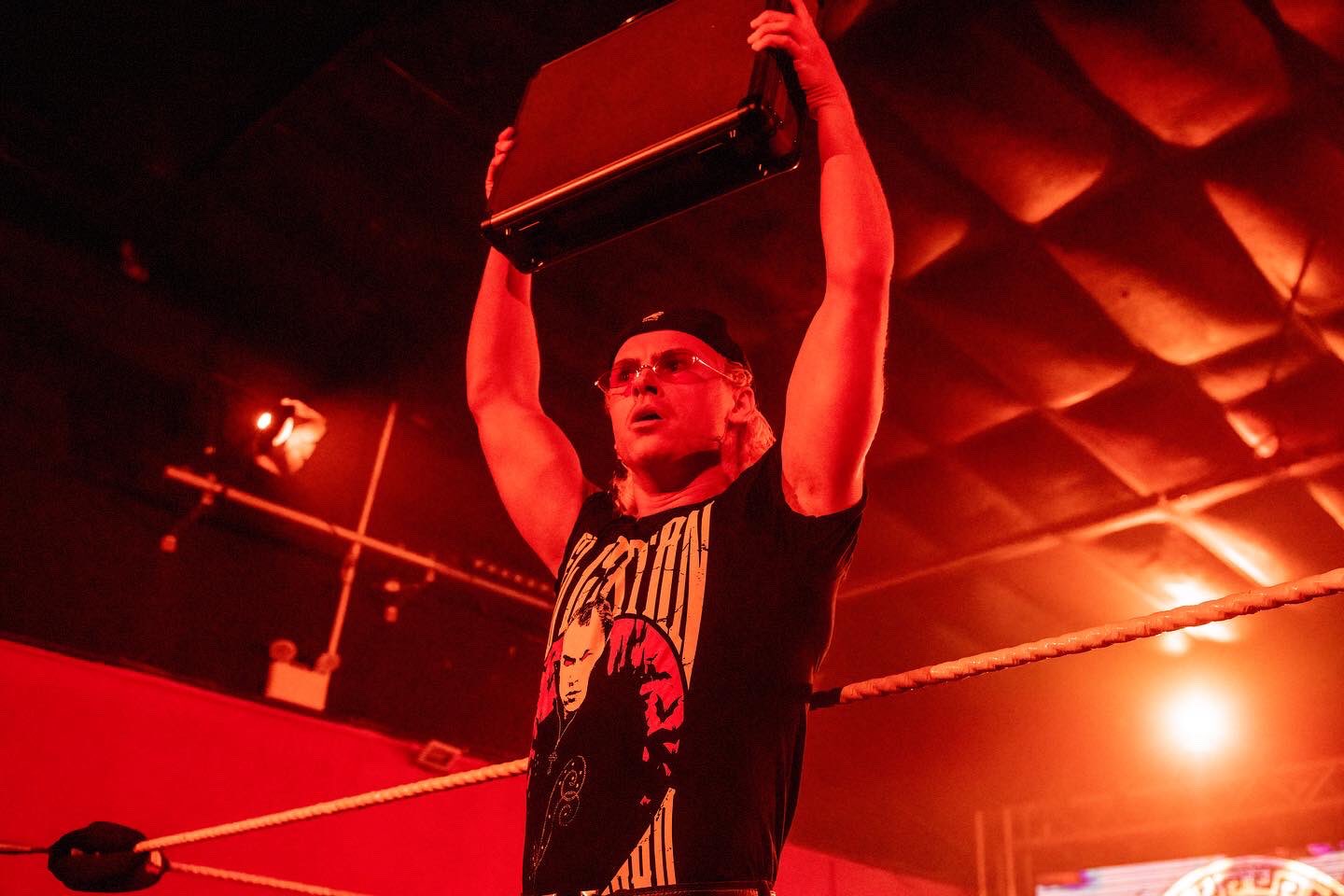 You’ve had quite the career in ICW. Starting with Joe Hendry and being involved in Zero-G Championships, but it’s all built to a moment this Sunday. Do you think this is your time?

“Definitely. I like the fact that by beating 3 guys in one night for the title, I’ll be clearly able to show that I stand out as the best. It gives the biggest bragging rights and I think I deserve it over them. As you say, I’ve done a lot during my time in ICW, it’s all come to this.

“It’s been a long journey for me. I chose to come up to Glasgow from Bristol to make my name over 6 years ago, starting at 18 years old. Winning the Square Go and beating 29 other people was justification that through all the hard work and tough times, this was all meant to happen. I’m in the main event on the company’s biggest show.

“I didn’t want to do the whole impromptu cash in, after another title match, a sneaky way. I don’t do things half-arsed. It’s not the route I’m taking recently. I didn’t wanna run down after a match, be a coward, finish it easy and get the cheap win. I want to do it the right way, make a grand gesture and become the right champion.

“I didn’t work for 6 years to become a cheap champion. I’ll win it the right way.” 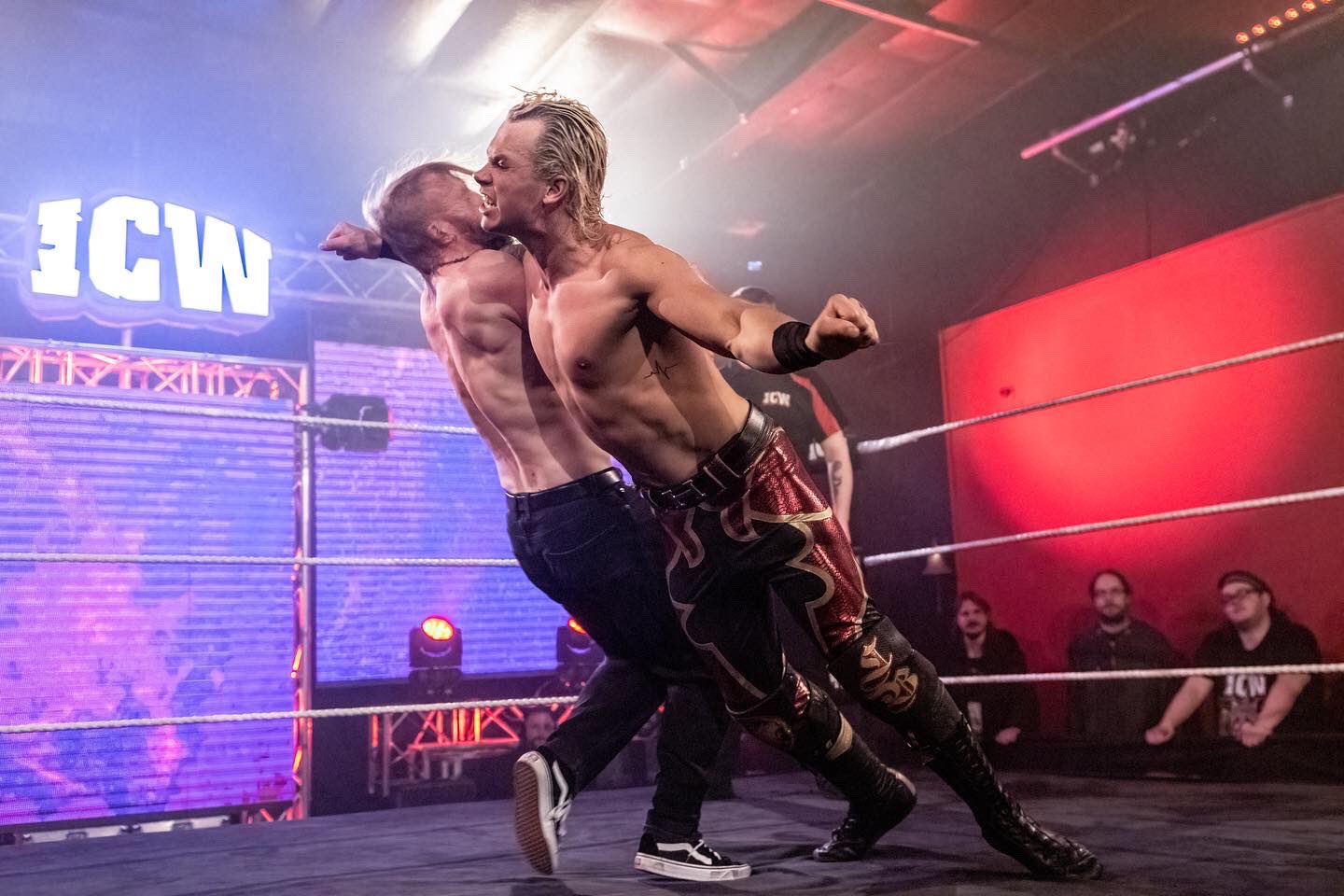 So, about your opponents. What do you think of Craig Anthony?

“Craig is a top, top talent. We’ve had 2 singles matches now in ICW alongside 2 triple threats. He is a great person to be in the ring with, so much experience. He does some crazy things and so he is so hard to beat. He was obviously away with the injury from Kez but he is back now and doing great things.

“Our recent match on ICW tv was hard-hitting, man. We went 20 minutes on the hottest day of the year in The Asylum (ICW training school and taping location) which can be a sweatbox. On that day it must’ve been about 40 degrees, but we went for it man and that was tough.”

And you’ve also got The Outlaw, Stevie James, in there…

“Yeah, Stevie, another top talent who has got it all. A couple of weeks after me and Craig wrestled, Stevie was thrown into the mix and we had a triple threat match. We went about 20 minutes in that one as well and we each pushed ourselves to the limit.

“Stevie doesn’t give up man. He is strong, unpredictable, and hard-hitting. I’m going to have to be at my best as he isn’t one you can take lightly.”

Finally, there’s the champ, Kez Evans. What do you think about him?

“Besides my feeling about the guy, Kez has had a hell of a year. He’s beaten a who’s who of ICW, a legendary list of names. I think it’s a year to the day he has had the title when we all face off.

“We came up through the ranks together, in the Dallas Mavericks faction together and I think, because of that, I know him well enough to exploit what he has and beat him. I know exactly the type of man he is, the type of wrestler he is. He is one of the best, the main man but I’m the most driven man in this company, nobody wants that title more than me and I’ve earned this.

“For 6 years, I’ve done everything here. This has been my life. I’ve put this career above everything in my life. It’s a tough life to lead but I knew I wanted it to succeed and I think it has, with Sunday being the proof. I believe I will win the belt and be world champ.”

Your confidence is clearly evident. With that in mind, are you confident about the role ICW will play in the world of pro wrestling throughout the next year?

“I think ICW will continue to make fans around the world turn their heads and realize what a top company it is. The roster is great, I’ve been here 6 years, and been through everything. When I first moved to Glasgow, it was just before the first Hydro show (Fear & Loathing 2016) and I’ve wrestled on two of those shows, wrestled at The Garage, Barrowlands, SWG3, the ABC, everywhere you would want to wrestle in Scotland.

“And even in the last 2 years, during the closed-door shows, we’ve continues to show what a great product we have. During a tough time, we’ve transitioned nicely into making episodic content with great matches that the world can see on the network, Peacock, ICW on demand, and that’s a credit to everyone involved.

“Seeing ourselves on global television is something I thought I’d never see, but we’ve done it, continue to do it and we do it so, so well. To be champion as things will carry on and get better will be the best feeling. Both for myself and the company, the only way is up.”

And that’s it, our chats with the 3 contenders are complete and there is only fight night left to see who actually leaves The Garage in Glasgow as World Heavyweight Champion. Leyton feels it his time, will he make it so? PWMania.com will be there to cover all the action from a SOLD OUT Garage in Glasgow, but if you’re not there, be sure to look out for ICW Fear & Loathing XIV on WWE Network and Peacock very soon.