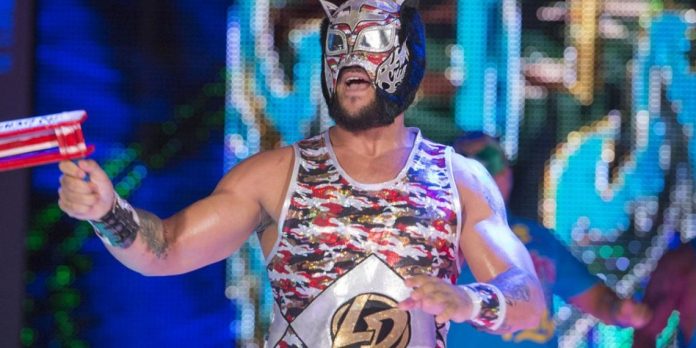 Lince Dorado made an appearance on The Sessions with Renée Paquette to discuss a wide range of topics. Here are the highlights:

On people in WWE not knowing at first didn’t know he spoke English:

“Day one, I remember we debuted in Memphis. The next week, we were going to Canada and somebody, and I’m not going to say who it was, but he was like, ‘Hey, brother, you got your green card?’ I’m like, ‘I’m from New Jersey, born and raised in America. I’m just Puerto Rican in America.’ It was a bad disconnect.”

On his transition leaving WWE:

“I still felt when I left the same way I felt going into WWE, like I was from the Indies. You know, my mindset, I didn’t live extravagantly or anything. I got my bare minimum and started paying that off right away. But a lot of the guys, we still had that mindset, like we were still on the Indies. I think that’s why once they got let go, it was an easy transition back. I tried to have this conversation with somebody else. I said it wasn’t like they were bad wrestlers. Some of them were just bad businessmen, like they were just stuck being the wrestler rather than like the businessman. For me, I felt that’s what helped me out. Like I knew there was something special about us. So like, now I put that wrestling aside and I was like, let us be businessmen so we can get as much money and provide for our family. That was my main concern. Get as much money as fast as I can and provide for my family because I don’t know how long I will last.”