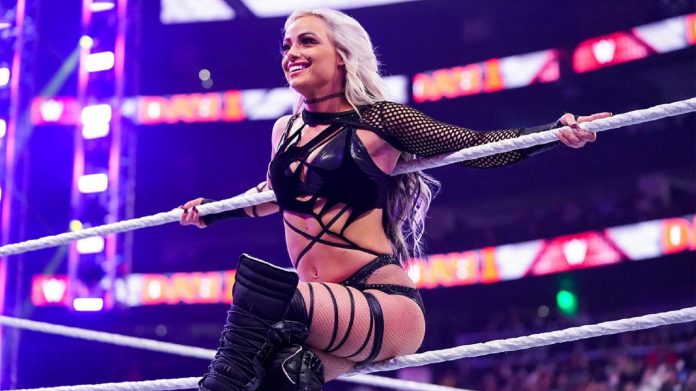 The WWE women’s division has had a tremendous year in 2022; from top-notch matches to brand-new champions, the female superstars have continued to elevate women’s wrestling throughout the year.

Of course, many of the women at the top of the division have been big contributors to the said fantastic year. But because of the absences of Charlotte Flair, Ronda Rousey, and now Becky Lynch sporadically throughout, more women have been given the opportunity to showcase their talents every week.

The superstar to benefit the most during this time has easily been Liv Morgan, who is now the reigning WWE SmackDown Women’s Champion.

But her rise to stardom this year has not always been easy. Despite the fan’s reactions to her Money in the Bank win, not everyone was on board with the newly crowned champion. As the presumed underdog for most of her career, Morgan has had to consistently prove her worth and why she deserves to be in the position she’s in.

but it has certainly been fun to watch. And she continues to prove why she deserves to be in that spot more and more every week.

How did Liv’s career start in WWE?

Signing a developmental deal with NXT in October of 2014, Morgan’s wrestling career did not truly begin until the end of the following year. She had random appearances on NXT broadcasts, competing in singles matches against Emma, Aliyah, and Billie Kay.

Come November of 2017, a group made of Liv Morgan, Ruby Riott, and Sarah Logan which was later called The Riott Squad debuted on SmackDown. The trio worked together for the next two years, with Morgan taking part in several women’s PPV matches during that time.

She went on to be the eleventh entrant in the first-ever women’s Royal Rumble match, a part of the 20-woman WrestleMania Women’s Battle Royal, and the Riott Squad also had a big match at Evolution, an all-women’s PPV.

As part of the “Superstar Shakeup” in early 2019, Morgan moved to SmackDown but was later drafted to RAW just six months later. For an up-and-comer in the industry trying to gain experience and make a mark in WWE, the constant switches between brands were not an ideal situation. Morgan was unable to truly invent an interesting character that drew the fans in. Looking back at the time now, it is likely what led to her absence from TV for several weeks.

During her time away, creative made the surprisingly odd choice to promote Morgan’s return throughout December. Vignettes promoted her return and showed her written into the Bobby Lashley, Lana, and Rusev storyline. She returned during the wedding segment between Lashley and Lana, confessing her love for her fellow female superstar. The two went on to feud, with Morgan teaming up with Rusev for the remainder of the story. But the feud didn’t last very long, leaving Morgan again with little direction moving forward.

Over the next two years, Morgan bounced around from RAW and SmackDown, while also briefly reuniting with Riott Squad member, Ruby Riott after their subsequent split. But the pair’s partnership came to a screeching halt when Riott was released in June of 2021.

Despite the loss of her former partner, Riott’s release came at the right moment in Morgan’s career. In need of a massive refresh, the timing became a catapult for her singles career push which inevitably led to her current title reign.

The summer of Liv

After dabbling in singles competition and random pairings with several superstars, Morgan’s career took off this summer when she won the Money in the Bank ladder match in July.

In a memorable performance by all, the women’s ladder match certainly lived up to the hype. Surrounded by women atop the division, Morgan climbed the ladder and unhooked the briefcase to become the sixth woman ever to do so. The fans in attendance gave her the proper ovation, filled with excitement to finally see a new face get a chance at the title.

But her night didn’t end there. After champion Ronda Rousey defeated Natalya in their title match, Morgan’s music hit and she cashed in her newly won briefcase. Taking advantage of a beaten-up Rousey, Morgan went on to win her first-ever SmackDown Women’s Championship with the approval of nearly everyone watching.

It was a moment that took years to finally occur. Morgan had put in so much work leading to the win and those around her had taken notice. So much so, that even Michael Cole, unable to hide his excitement for the new champion, spoke during the broadcast on his initial impression of her when first meeting her eight years ago.

“A woman who grew up idolizing the Hall of Famer, Lita. Who eight years ago, came to the Performance Center in Florida and joined NXT. And after that long, hard road, Liv Morgan can now call herself SmackDown Women’s Champion.”

In the days following the PPV, it was revealed that Rousey herself had demanded the title be won by Morgan. She was quoted saying she wanted the “most passionate pro wrestler to be awarded the most prestigious title in our industry,” which inevitably became Liv Morgan.

As their feud continues, Morgan has continuously displayed improvement each and every week. When preparing for their rematch at Summerslam, she even took lessons from former professional MMA fighter and current RAW superstar, Matt Riddle.

Although she went on to retain the title, the controversial ending put a damper on her title reign. Instead of receiving an overwhelming positive ovation, Morgan is now hearing a mixture of unhappy fans in the audience.

As their (likely) final match is just around the corner, it’s more important than ever that she single-handedly and clearly beats Rousey at Extreme Rules. Despite Rousey being favored given the stipulation, Morgan has proven to thrive when doubted. This past year has been a whirlwind for the young wrestler, but she’s quickly solidified herself as a real competitor and deserves to continue as champion for a long time.