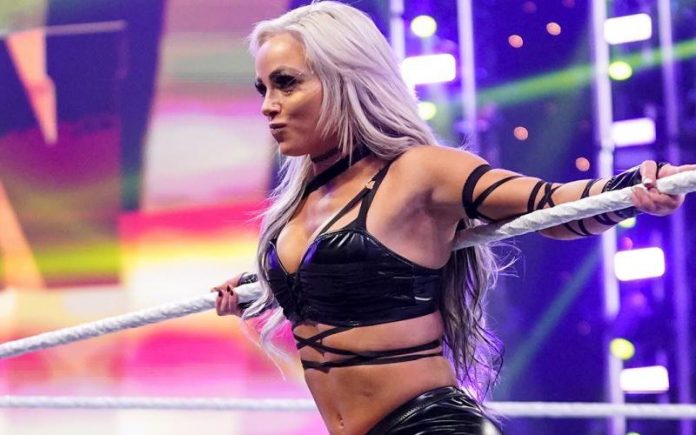 During an appearance on Rasslin’ with Brandon Walker, Liv Morgan discussed her match against Becky Lynch from the WWE Day 1 premium live event:

“I definitely feel like I delivered. The main event of Raw felt like the biggest match of my career. It was the 17-year anniversary of the Trish and Lita main event and we got to kind of mimic that. I got texted by Trish Stratus, which was such an insane moment for me because I grew up idolizing her. She’s considered like the biggest, most popular female wrestler of all time. That felt super huge to me and I was like, ‘I don’t know if I’ll ever have a moment like this again.’ Fast forward to a couple weeks later, and here I am opening the first-ever pay-per-view of the New Year, not only the first of the New Year, but the first of its kind. We were the only woman’s match on the card and it was for the title. I just knew I had to deliver and bring my A game. I feel like I did that. I feel super satisfied, which I never do. I never feel satisfied or like I did good enough. I know that sounds very negative, but I don’t mean it in that way. I watched the match back and I loved it more watching it back than I did in the moment, which is super rare for me. That’s how I know I did a good job.”

“First time I ever did that in my entire life. I was so happy that I pulled it off. I was like, ‘ohhhh,’ I looked at her up there and was like, ‘Alright, let’s try to nail this.’ As soon as my feet planted, I was like, ‘Got em.’ I heard the crowd and was like, ‘Yes!’”