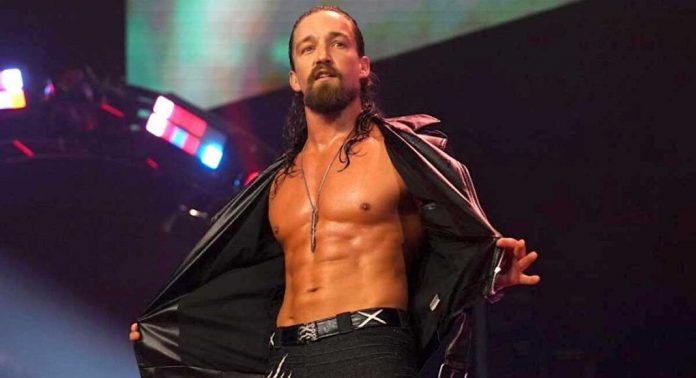 Within the past week, the pro wrestling landscape continues to change with news about the status of the AEW world championship, returns to television, and departures from a promotion. As always, you have to wonder how some of these headlines could impact the business in what should be a busy few months for WWE, AEW, and New Japan.

Miro made his return to Dynamite this past week, defeating Johnny Elite, the former John Morrison, and looks to be back into the fold of All Elite. Between taking some time off to heal from injuries and filming a television show, Miro was away from the promotion for nearly six months. While his early booking really missed the mark, Miro showed before his hiatus that with the right opportunity, he can be a major asset for the organization. The look, the in-ring ability, and the character all work very well on the program. The question is, much like some of the other wrestlers mentioned in this article, how will Miro fit into the current All Elite landscape? Too often, when a talent gets the standard debut pop, Tony Khan features them for a few weeks and then the majority of them fade into the Youtube obscurity or simply blend into the background of Rampage. When was the last time Matt Sydal had a match on Dynamite? Miro’s opponent, Johnny Elite, might be a better example of what the promotion should do with some of the talents on the free agent market. Reportedly, the former Morrison hasn’t signed a contract with the company, but is working on a per-appearance basis. This might be the middle ground that Tony should look for in regards to bringing talent into the organization. The bottom line is, the roster is so bloated, it’s almost comical how many contracts Khan has given during the rather brief existence of All Elite. There were three additions to the roster just during the Double or Nothing pay-per-view. Instead of giving away contracts the way that Oprah gives away cars, using certain talent on a per-show schedule gives the company something unique to promote with fresh talent on a semi-regular basis without signing someone to the roster without a specific plan for them.

For example, Jay Lethal inked and AEW deal prior to the Ring Of Honor purchase, but was he signed because Khan had a certain direction for him or was he added to the roster simply because he was available?

It goes without saying, but fully utilizing talent is truly the key to building a promotion.

While the freelance option for Morrison gives him the chance to return to Mexico or Impact, one of Mexico’s more popular stars, Rush, who is former ROH champion, was one of the previously mentioned debuts at Double or Nothing, aligning himself with Andrade. Why Rush’s title reign fell flat has more to do with ROH management than anything else, but that’s a different discussion for a different time. On the surface, the addition of a very talented athlete like Rush is a good acquisition for the company. However, the same question applies, does AEW really have room for another signing and more importantly, what’s his role going to be there? It should also be noted that Rush works a pure lucha libre style and it’s possible that the clash might not translate well to American television. I’m not necessarily saying that he shouldn’t have been offered a contract, but again, outside of the debut pop, you have to consider if there’s a meaningful role for him in All Elite. Some might cite that he could resume a run in Ring Of Honor under the Khan banner, but that’s only based on speculation since nothing is concrete about the future of ROH, and as I’ve said several times before, outside of the stellar video library, ROH shouldn’t be presented as its own entity, mostly because the focus should be on building the All Elite brand.

The news that Jay White finished up with Impact Wrestling made the rounds online, and truth be told, there wasn’t really much of a reason for him to continue to work there. Make no mistake about it, White is a top-tier talent, and at a time when New Japan will have bigger American exposure on TBS to promote the upcoming Forbidden Door pay-per-view, it makes sense to feature him on the biggest platform possible. Impact was a decent place for him to have a rather short run while there were still pandemic restrictions in Japan, but let’s be honest here, someone could be in the witness protection program and still be safe if they appear on Impact. Don’t get me wrong, it’s great that more wrestlers have a place to make a full-time living in the industry, and it would appear that the show does well for the Fight Network in Canada, which is the reason Anthem originally bought the company, but from a main stream perspective, the viewership is minimal. Quite frankly, Jay White is too talent to be reduced a show that averages about 120,000 viewers. The bigger story is what role he might have at the Forbidden Door pay-per-view.

Speaking of Impact departures, W. Morrissey, known during his WWE stint as Big Cass, reportedly had his last match with the promotion. Morrissey struggled with mental health and alcohol problems after his WWE release, but emerged with a fresh start in Impact last year. By all accounts, he had the best run of his career, albeit as a big fish in a small pond. It’s great that Morrissey was able to clean his life up. That being said, outside of being nearly seven feet tall, I’m not sure this Impact tenure necessarily proved that he brings a wealth of other skills to the table. Sure, he’s an agile big man, but that is more common now than any other time in the history of the sport so size alone doesn’t automatically translate to signing a contract. Perhaps, he will get another chance to have a run in WWE, and that might be the most realistic option for him. I don’t think All Elite or New Japan would be a full-time option for him.

The biggest takeaway from all this is that Jay White might be poised to make a big impact at the Forbidden Door pay-per-view, especially with the interim title situation. White as the interim champion creates a scenario where All Elite has a fresh champion and a top-notch talent that can deliver main event quality matches during the title reign. Plus, an eventual Punk vs. White feud for the championship could be a compelling angle for a unification match when he returns to the company.