Tonight’s Ultimate Fighting Championship pay-per-view features two title bouts at the top of the card, and an interesting under card as well. The current Featherweight champion, Alexander Volkanovski, who was slated to defend his belt against former champion Max Holloway last month, will put the title on the line against “The Korean Zombie” Chan Sung Jung. Volkanovski, who defeated Holloway twice previously, with their second bout as a narrow split decision win, was scheduled to compete in the trilogy fight last month, but an injury forced the challenger to cancel the contest. Instead, Jung was named the new opponent and the bout was shifted to UFC 273. Volkanovski’s most recent fight was an impressive title defense against Brian Ortega in September of last year with the unanimous decision victory on the score cards.

With a record of 23-1 and the only blemish on it almost a decade ago, the 33-year-old champion is in the prime of his career and has defeated very solid competition, including the previously mentioned Holloway and Ortega, as well as the legendary Jose Aldo in recent years. The champion is a major favorite with the sports books and it’s easy to see why the odds are in his favor, with some outlets listing him at nearly 7-to-1 odds to get the victory. I’m not sure that realistically, it’s quite that lop-sided and some of those stats might be more to attempt to generate some money on the underdog, but unless you’re willing to throw away a few dollars on the outside chance of an upset, most pundits see this as a clear victory for Volkanovski.

But, that doesn’t mean it’s going to be an easy win.

As the moniker suggests, the Korean striker is known for his exciting style, which is key for the fight business because in the grand scheme of things, it’s still the entertainment business, but that doesn’t automatically make it the most strategic approach to the fight game. The Korean Zombie will always and should have a place on the card, but his style leaves him open to take punches and it’s very possible that Volkanovski will use take downs in the later grounds to secure a decision win. That being said, the intrigue of mixed martial arts is that it only takes one punch to change the potential of a contest. However, outside of what should be an entertaining bout, I think it’s safe to say that Jung only has a puncher’s chance because Volkanovski is a more well-rounded fighter.

The co-main event will settle the title dispute between current Bantamweight champion, Aljamain Sterling and former champion, Petr Yan. The controversy started during their original bout at UFC 254 last March when Yan landed a completely illegal knee in the fourth round. Sterling was unable to continue from the illegal strike so Yan was DQ’ed. Sterling was declared the winner via disqualification and won the title in the process. Granted, the knee was illegal so it was a legitimate loss for Yan, but it goes without saying that a title switch on a DQ isn’t quite as definitive as a typical victory. The puzzling part of all of this is that Yan was winning the fight before he throw the knee so it’s not as though he had to throw a wild strike to score points on the cards to be competitive in the fight. The rematch was originally scheduled for September of last year, but Sterling had an injury so Yan beat Corey Sandhagen via unanimous decision to claim an interim 145 LBS championship.

All things considered, I think the key to this bout will be how prepared is Sterling, both as far as the recovery time from the injury and any potential ring rust he might have since he hasn’t fought in over a year. Sterling is a solid competitor, but Yan is more well-rounded in almost every aspect so it makes sense that Yan is the favorite ahead of the pay-per-view. I have to pick Petr Yan to get the win, simply because Sterling didn’t show anything in their initial fight that gave the impression that he could defend against Yan’s offense for five rounds.

In many ways, Khamzat Chimaev took the UFC by storm during the pandemic era of the promotion with cards being held at “Fight Island” and other empty venues. Considering that the vast majority of sports leagues were shuttered at the time, there were a lot of fans tuned into the UFC events so Chimaev had some extra exposure, as opposed to being lost in the shuffle of the almost weekly fight cards for the organization. He fought three times in the span of just two months in 2020 and was dominate in those wins, prompting many to speculate if he could be a potential title contender. He has shown very well-rounded skills with tremendous striking and submission skills so at least on the surface, there aren’t any flaws in his game.

That being said, and taking nothing away from his accomplishments so far, Chimaev beat preliminary competition so his bout at UFC 273 against Gilbert Burns is not only a step up in the level of competition, but also a true test of where he stands amongst the premiere competition of the division. Burns is a dangerous puncher, but has the cardio to go the distance, which he did when he beat Stephen Thompson on the score cards in his last fight this past July. I will still pick Chimaev, but this fight is definitely the toughest fight of his career. 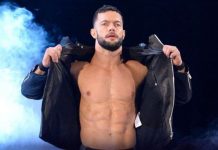