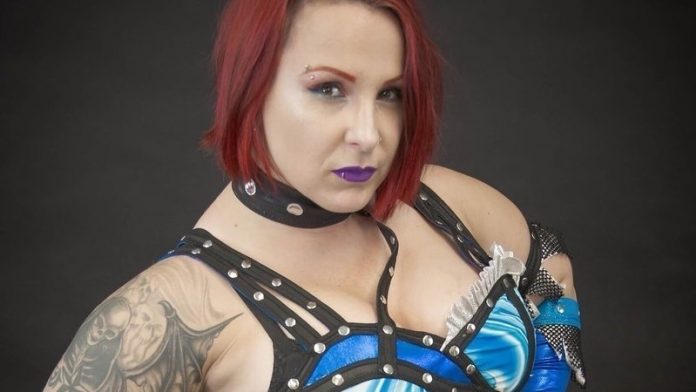 Veteran indie women’s wrestler LuFisto has issued a video on YouTube to call out the promoters of CZW (Combat Zone Wrestling) and WSU (Women Superstars United fka Women Superstars Uncensored) for selling some of their women’s matches to a third party company who promotes them as “softcore” adult material. You can see the video above. CZW announced earlier this month, in a post that has since been deleted from their website, that some of their events would be airing on-demand via pay-per-view in June. The names listed in their announcement were “CZW Girlz: Top Heavy & Tough” and “CZW: Wrestling’s Worst Injuries.” The women’s matches listed on the “CZW Girlz” show were Shanna vs. Hannia, Sassy Stephanie vs. Impact World Champion Tessa Blanchard, Cherry Bomb vs. Leva Bates, and Athena vs. Nia Barela.

LuFisto continued and revealed that she contacted CZW to complain about how some of the women were being billed, and company officials told her that there was nothing they could do about it as they had already tried.

“I am a professional wrestler. I am not a cat fighter. I am not a sweaty girl getting involved in dirty fights, and although, yes, I am top-heavy and a very proud bottom-heavy girl, nothing gives them the right to promote me as such,” LuFisto declared. “That’s not what I signed up for. I am a professional athlete and I should be treated as such. So are my colleagues.

“When I did contact CZW about the issue, I was told that the footage was sold to a third party that wanted to promote us as such, and that CZW couldn’t do anything about. Apparently they tried, which I think is total bullshit. Then I mentioned to them that it was already very hard for us to deal with the creepy messages we get, the dick pics, borderline harassment that we get daily from people that think professional women wrestlers are actually pornstars or that are available for sexual favors, they just rushed it off, saying, ‘Guys get that, too.'”

LuFisto accused CZW of giving her a “bullshit answer” and said they would’ve tried harder if they really cared about their female performers. She also said that it looks like ‘the John Zandig days are long gone’ – a reference to the CZW founder who started the promotion in 1998. Zandig sold the company to DJ Hyde in 2009. Hyde is also listed as a co-owner of WSU, which is affiliated with CZW.

“Well, the fact that the promotion we put our trust in is actually promoting us as such is not helping you. You are part of the problem,” she said. “We’ve been trying so hard for so many years to be taken seriously. There is such an evolution when it comes to women’s wrestling and by you doing that and allowing that and doing nothing because you have to remember, your name is on the brand. So, don’t give me a bullshit answer that you can’t do nothing about this, and that you tried. If you really cared about the women athletes who broke their back and bled for you, you would’ve actually tried a little bit harder.

It’s not bad enough that some of our matches end up on porn sites without our consent, now somebody we trusted with our name, images and hope that they’re going to promote good women professional wrestling, is doing that, is disrespectful and disgraceful. What’s really sad about all of this is that Combat Zone Wrestling is where I grew up a competitor and where intergender wrestling was taken seriously. This is where I’ve been the first woman to enter the Cage of Death, it’s also where I’ve won the CZW Iron Man Championship. The only woman that’s ever held CZW gold. What happened today, completely different? Looks like the ‘John Zandig days’ are long gone.”

LuFisto ended her message by issuing a strong warning to female talents that are working for WSU and CZW.

“I’m very sorry it has come to this, but obviously my messages didn’t do anything,” she said. “So, hopefully this video will wake up someone. To all the women wrestlers working for WSU or CZW, just be aware that they don’t give a shit about you as a professional athlete, as long as they can sell your ass and your tits. Just beware of that. It is very disappointing. Hopefully this message changes things, or not. Oh well, thank you.”

Chrissy responded to a May 12 tweet on the CZW pay-per-view announcement and wrote, “I did not take all those table and scaffold bumps for ten years so CZW could name their shows Double D Destruction or Top Heavy & Tough. Fucking buffoons.”

Someone asked her what was going on with the pay-per-view announcement and she responded, “It’s almost like Dj got rid of everyone who slapped his hand when he did wrong and now he has no guidance on how to be a decent human.”

CZW and WSU have not responded to LuFisto’s message as of this writing. Stay tuned for updates.

You can see Chrissy’s tweets below:

I did not take all those table and scaffold bumps for ten years so CZW could name their shows Double D Destruction or Top Heavy & Tough. Fucking buffoons . https://t.co/OFX2CXNwhp

It’s almost like Dj got rid of everyone who slapped his hand when he did wrong and now he has no guidance on how to be a decent human.

Ric Flair Responds to The Rock’s Praise, Says He Will Never Retire, More 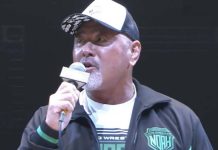 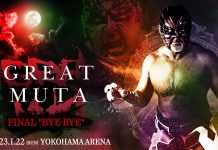