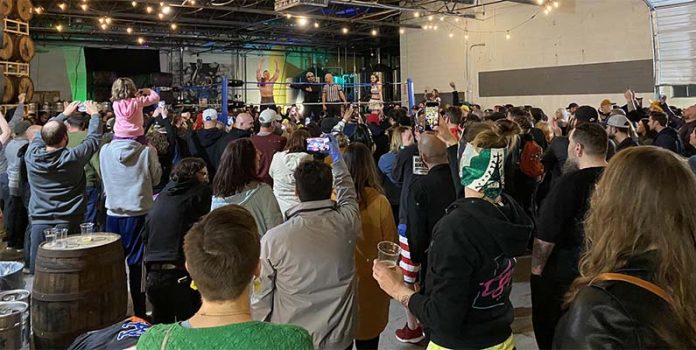 LVAC presented Bash at the Brewery from the Weyerbacher Brewing Company in Easton, PA on Friday May 6, 2022. The show featured the final match for Avery Good, formerly known as Dasher Hatfield. The brewery was packed to capacity and some people in attendance included Cary Silkin and members of the Tornado Tag podcast. Below are the results:

Before the opening match, Avery Good cut a promo, lashing out at the crowd and fellow wrestlers for not showing the support for 17 years until his career died. He said that everyone can leave the ring, including Bryce Remsburg. 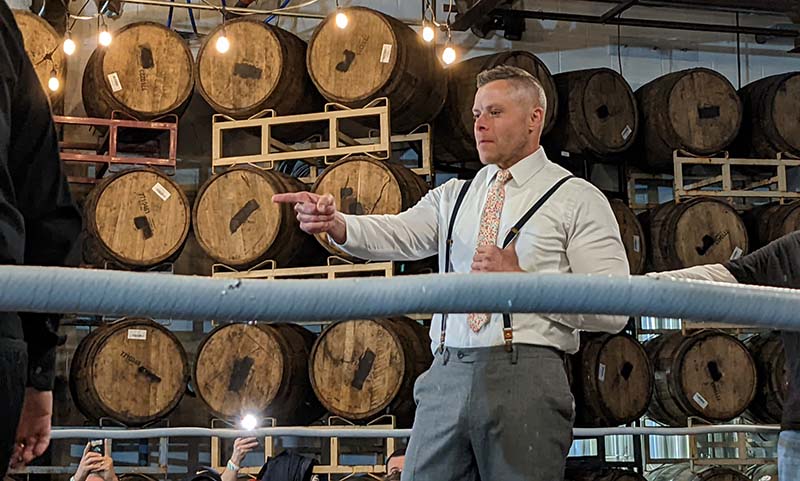 Bryce wanted to talk about the positives. He reminisced on the CAW gimmick and the Dasher Hatfield gimmick.

Good told Bryce that he needed him to go to the higher ups at AEW and get him a job. He then said “Screw You” to everyone.

Fans showed appreciation for both wrestlers. Lots of CB fans in the house. Cary Silkin was ringside. Stiff action from both men. Lee hit a superplex and the two exchanged punches. Lee got in some stiff kicks. Lee tapped out, giving CB the victory. 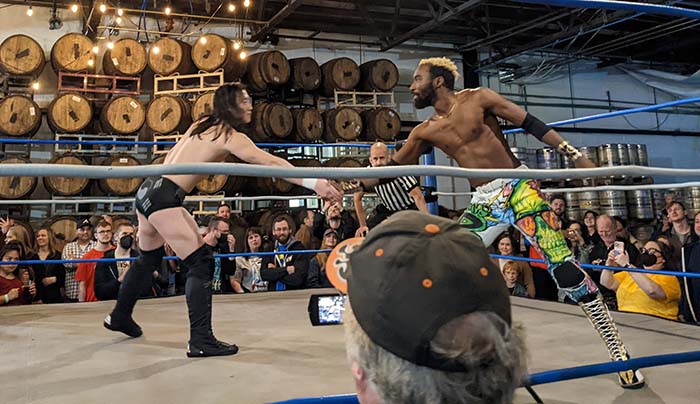 They started off in the ring, but went off into the crowd after a few minutes. Edith seemed to be the favorite. At one point, all 3 women were down. When they got up, they all started chopping each other. Edith at one point went for the pin, but Veda pulled the ref out. Edith responded by pulling her back in. Vita told everyone to get ready for a Righteous Awakening. And she pinned Veda for the win.

Erika got hit, but then chopped back. When Puf came in, everyone popped as he pummeled Dan Champion. Erika then came in and body slammed Champion. The crowd got a “Big Dan sucks” chant going as he got on the offensive against Erika. She hot tagged Bobby and Bobby hit a top rope cutter. Puf was tagged in. Bobby hit a suicide dive and then Champion hit a top rope crossbody. 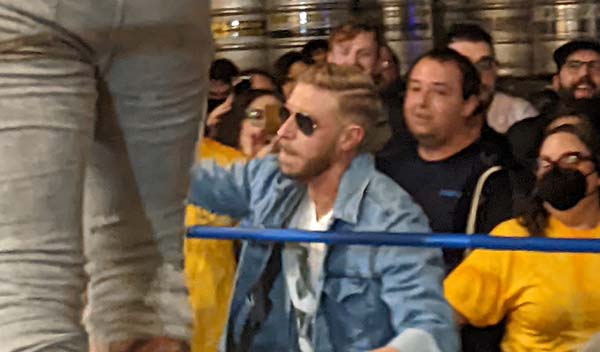 The two traded some stiff shots throughout the match. Willow hit a cannonball in the corner. Hot Sauce hit A DDT on the top rope, but eventually, Willow won the match.

After a brief intermission, Commissioner Chris Reject came out and introduced a junior executive intern Billy Avery. He says Billy needs to work his way back into an LVAC and needs to cater to his demands. Billy told a story about coming up in LVAC and how appreciative he was of the fans and says Reject took it away from him. Reject gave him a dustpan and told him his dream of wrestling might just come true if he does a good job and is a good little boy. He let the fans tip him. Billy then started mopping the floor.

All the competitors started fighting outside the ring, while music played. And after a few minutes, they all got back in the ring and all dropped simultaneously. Good back and forth action here. Hydra’s team ended up taking the victory.

Dan Champion attacked Abby on the way to the ring, but she decided to still wrestle the match. Avery won the match by putting his feet on the ropes.

But then Mr. Touchdown came out and challenged him. Good back and forth action, but after a superplex by Mr. Touchdown, the match was declared a draw after Remsburg counted to 10. They decided to restart the match and Avery Good won within seconds.

The crowd gave Avery a standing ovation and the locker room came out the ring to toast with beers and take pictures. 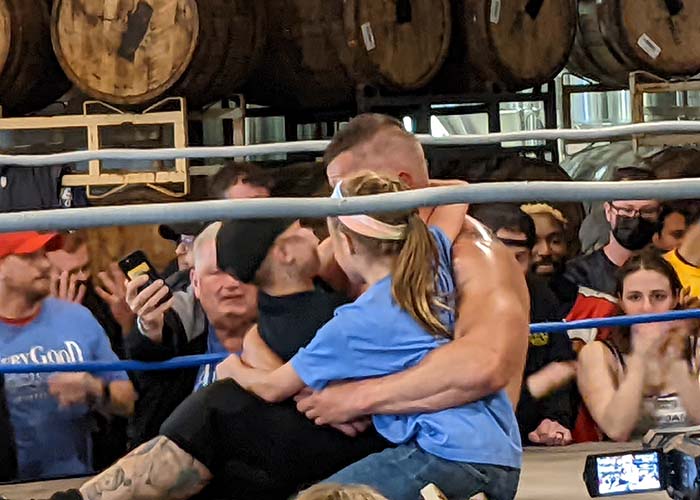