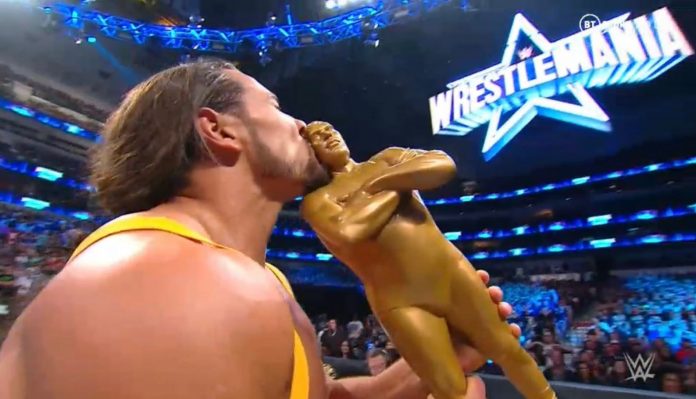 Last Friday’s WWE SmackDown featured Happy Corbin attacking Madcap Moss from behind with a steel chair. Moss had just spoke with Kayla Braxton, telling her about how his career was just beginning, and how he wanted to win Money In the Bank. Corbin ended up destroying Moss, with chair shots and using the Andre the Giant Memorial Battle Royal trophy, causing him to be taken away on a stretcher. WWE later announced a storyline update on Moss, noting that he suffered a cervical contusion in the attack. That was the last we heard on Moss, but WWE promised further updates to come.

In an update, ]no]w the Wrestling Observer, is that the injury angle was done because WWE officials are considering significant changes to Moss’ look and character.

It was noted that there have been pitches to change Moss’ gimmick and to give him a new look now that he’s working as a babyface. It’s not a lock that they will follow through with the changes, but they are being discussed.