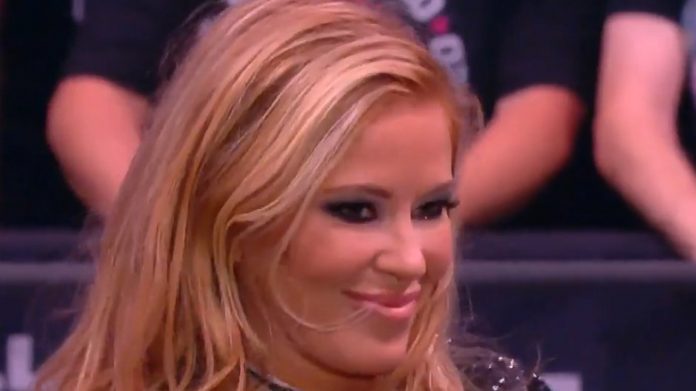 AEW’s Madison Rayne recently appeared on the AEW Unrestricted podcast in an interview covering all things pro wrestling. During the discussion, the former Impact Wrestling Knockouts Champion talked about the state of the AEW women’s roster. She also named a potential breakout star in the division, which is Penelope Ford.

“There’s just endless amounts of talent in the locker room. I feel like people haven’t even started to see the depth of Penelope Ford. Can’t wait to see The Bunny come back, she’s another one that once she really taps in and gets the minutes, the things she can do with those match minutes is just insane. That’s one of the things I love about being part of this women’s locker room. There’s such a deep pool of talent and so many endless opportunities for what the women can do.”

“I have come into different pockets and different eras of women’s wrestling at the most amazing times for growth – SHIMMER, or when I first came into TNA as a Knockout. I came in the second wave after the Knockout’s division was created, so I was literally right in the middle of the inception of the division. To watch it grow and watch the success it skyrocketed to almost overnight, I definitely think that was a pivotal moment in women’s wrestling history. Throughout my career, the question that has been posed the most to me is, do you agree? Do you think the Knockouts are the reason women’s wrestling is as prevalent as it is today? Yes, I think it had a huge role in it. I also said that there wouldn’t be a Mae Young Classic without there being a Mae Young. When I was a kid, the first female match I remember seeing was Bull Nakano and Alundra Blayze going at it. I think there were all these little tentpole moments when you think back in history that got us to where we are now.”

(h/t to 411mania.com for the transcription)