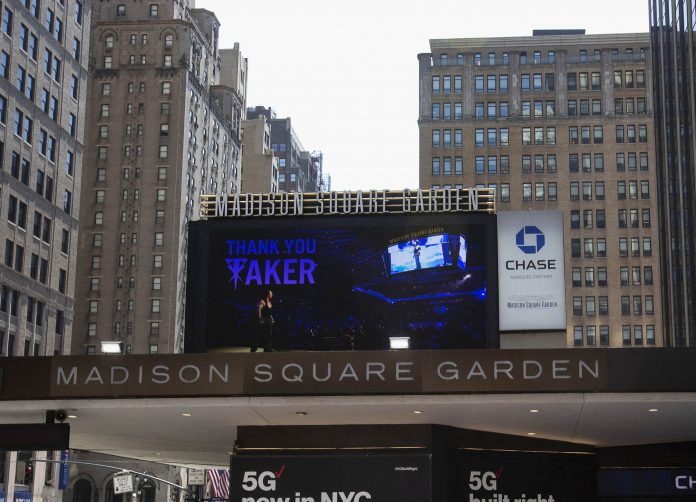 WWE issued the following press release revealing that the historic Madison Square Garden venue in New York paid tribute to the Undertaker following the conclusion of the Last Ride docuseries, and a possible send-off into retirement.

As the WWE Universe celebrates the incredible legacy of The Undertaker in the wake of the groundbreaking WWE Network docuseries The Last Ride, Madison Square Garden honored The Deadman with a message on its iconic marquee.

The World’s Most Famous Arena has been home to many iconic Undertaker moments, including the bone-chilling return of his Deadman persona to battle Kane at WrestleMania XX. Although there’s much that can be said about The Deadman’s near-30-year WWE career, the three words illuminating the front of MSG say it all:

The venue marquee reads, “Delivering 30 years of legendary moments at The World’s Most Famous Arena. #ThankYouTaker.”