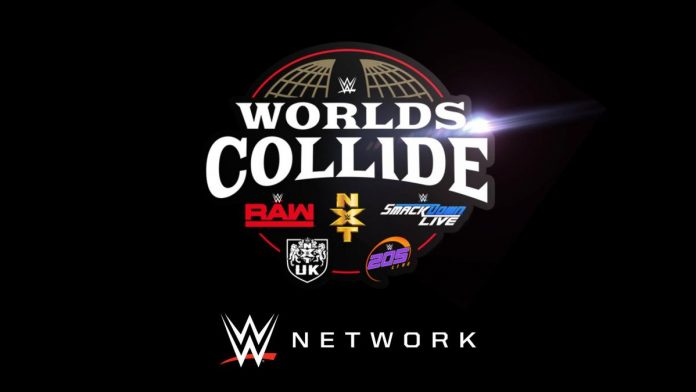 WWE announced that Undisputed Era from NXT will face Imperium from NXT UK at the Worlds Collide PPV. The event will take place on Saturday, January 25th during Royal Rumble weekend in Houston, TX. Here is the announcement from WWE:

When the Superstars of NXT clash with their NXT UK counterparts for brand supremacy at WWE Worlds Collide 2020, one of the most highly-anticipated showdowns will see the forces of Undisputed ERA go head-to-head with the full might of Imperium in an Eight-Man Tag Team Match.

NXT Champion Adam Cole, NXT North American Champion Roderick Strong and NXT Tag Team Champions Kyle O’Reilly & Bobby Fish have come together to form a deadly faction that has captured every championship in the black-and-gold brand. Since their formation in the summer of 2017, Undisputed ERA have run wild though NXT and unleashed several brutal beatdowns on those who oppose them. They will have no love for the rising brand across the pond and will once again be out to show that their superiority is … well … beyond dispute.

WWE United Kingdom Champion WALTER may have been on the NXT team against Raw and SmackDown at Survivor Series 2019, but his only true allegiance remains with the sacred mat and with his Imperium cohorts Marcel Barthel, Fabian Aichner and Alexander Wolfe. The destructive foursome from NXT UK does not care how much gold their Worlds Collide opponents are holding. They will be out for all-out dominance when the two factions meet on the eve the Royal Rumble.