CHICAGO – Major League Wrestling (“MLW”) will make its Chicago debut November 8th with a huge main event as part of its FUSION TV taping for beIN SPORTS the Cicero Stadium.

Tickets are on sale now at www.MLWTickets.com.

Salina de la Renta has had her hands full with Konnan and a very public split with the World Tag Team Champions as chronicled on MLW FUSION Friday nights on beIN SPORTS.

“We wanted a big match for our Chicago debut,” said MLW CEO Court Bauer. “You have some of the top luchadores in the world fighting for championship gold in a match that will be 100% pure lucha libre. Chicago is in for a great night.”

Tickets start at $10 at MLWTickets.com.  Tickets will also be available day of show at the Cicero Stadium box office.

Be there live as MLW makes its Chicago debut with a national television taping. 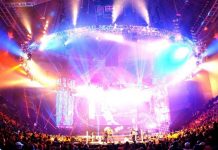 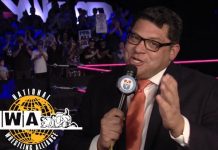