nthem Sports & Entertainment, the parent company of Impact Wrestling, announced that it has come to terms on a deal to purchase AXS TV. Here is the press release:

The two networks add significantly to Anthem’s rapidly growing portfolio of content, which is currently available in 120 countries and includes diverse and popular sports and entertainment programming targeted to passionate communities with a focus on millennial viewers.

“We are very excited to add these two successful channels to our portfolio,” said Leonard Asper, CEO, Anthem Sports & Entertainment. “Anthem was founded with a mission to deliver compelling, targeted content and experiences to passionate fans globally on the platform of their choice. The music, sports and entertainment communities served by these channels are a natural extension and perfect complement to our existing properties. The addition of AXS TV and HDNet Movies will allow for increased content ownership, digital expansion and even more compelling programming for consumers and our distribution partners.”

Mark Cuban and AEG will continue to participate as equity partners, and AEG Global Partnerships, AEG’s advertising and sponsorship sales unit, will continue to support the channels in conjunction with Anthem’s sales team.

Joining as an investor is entertainer, producer and businessman Steve Harvey, who will also enter into a strategic agreement for content development and promotion of Anthem’s portfolio of channels. Steve Harvey Global will have a seat on the board of directors of Anthem.

Anthem’s board of directors will also include Ted Goldthorpe, head of BC Partners Credit, a lead financier on the acquisition; Rick Ehrman, a former senior executive at Univision and NBC Universal; Robert Foster, founder and CEO of Capital Canada; Scott Honour, founding principal of Northern Pacific Group; and Loudon Owen, chairman and CEO of DLT Labs.

“Anthem’s combination of targeted brands, enthusiastic audiences, operational expertise, international footprint and vision makes them an ideal partner to take AXS TV and HDNet Movies to their next levels,” Mark Cuban said. “Given Anthem’s portfolio of premium content and complementary programming networks, we could not ask for a better home, and we are looking forward to the results we will collectively generate for this new partnership.”

“My team and I see great opportunity in Anthem,” Steve Harvey said. “They have incredible shows, experiential entertainment, and a huge reach. We look forward to collaborating with Anthem on content development that will surprise and delight this newly expanded audience.”

With this transaction, Anthem channels are now estimated to reach nearly 150 million global TV homes, including more than 110 million MVPD-served TV households in the U.S. and Canada. In addition, Anthem’s proprietary content is distributed to more than 160 million global TV homes through licensing agreements with some of the world’s premier networks. Anthem’s networks and content also are available on nearly every major streaming service and digital platforms.

Anthem has offices and studios in New York, Toronto, Los Angeles and Nashville, and in Europe. Its portfolio includes:

IMPACT Wrestling, one of the world’s largest wrestling entertainment properties, creating more than 300 hours of original content annually across television and other digital platforms. IMPACT Wrestling specializes in premium content, pay-per-view events, products and merchandise, as well as the management, promotion and training of professional wrestlers;
IMPACT Plus, a multi-platform mobile app and digital subscription video-on-demand platform and one of the newest additions to the Anthem family of services, featuring live monthly premium network specials, instant access to the 3,000-plus hour IMPACT Wrestling library, groundbreaking original series, reality shows, documentaries, and exclusive events from international partners;
Fight Network, the world’s premier combat sports channel, dedicated to complete coverage of combat sports including fights, fight news and the fight lifestyle as well as mixed martial arts, boxing, kickboxing, professional wrestling, traditional martial arts and more. Fight Network produces and owns its own library of fight themed documentaries and interview programs and is delivered to more than 43 million TV homes in the U.S., Canada and more than 15 other countries;
GameTV, featuring game show formats and programming, both current and past; reality, drama and documentary series; feature films; sports-based games including esports, poker, and card-based games; and live sporting events – all delivered to more than 8 million television homes throughout Canada. GameTV also features online cash and social gaming through igametv.com;
Game+, a cutting edge, millennial-targeted sports and entertainment channel, featuring sports-wagering programs, esports events, news and information, fantasy sports programming, high stakes poker, and other action-driven shows and lifestyle programming. Game+ is distributed in more than 1 million MVPD TV homes in Canada and the U.S.; and
Pursuit Channel, one of the top outdoor channels in the U.S., offering outdoor enthusiasts diverse programming from calm freshwater fishing to fast-paced deer and waterfowl hunting. Pursuit Channel is available to more than 35 million TV homes in the U.S. served by cable, satellite and IPTV. Through its app PursuitUP the channel is also available on OTT streaming services.

AXS TV is a leading music, entertainment and lifestyle channel, including live concerts and sports events, originally founded as HDNET by Mark Cuban in 2001. The channel was rebranded in 2012 after partnering with AEG, leading to additional music content development. The network’s current programming lineup features live concerts and events, music-themed information and reality programming, live wrestling and MMA, and off-network runs of popular music-themed programming. The network is distributed to more than 50 million homes.

AEG includes AXS TV as part of its own sponsorship portfolio, bringing many AEG partners to the network.

Jordynne Grace Shows Off Her Backside In 4th Of July Photo 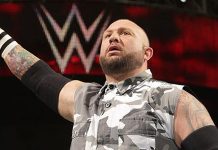 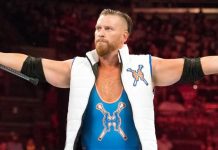 AEW PWMania.com Staff - 07/04/2020
During his recent podcast, former WCW star Konnan made the following claim about CM Punk and AEW: “I do remember when you know, I was...

WWE PWMania.com Staff - 07/04/2020
The recent WWE SmackDown segment where Jeff Hardy tosses a container of urine into the face of Sheamus was produced by WWE Producer &...

Photo: Chelsea Green Shows Off Her 4th Of July Swimsuit

Stephanie McMahon On Telling Vince She Wants To Be In The...