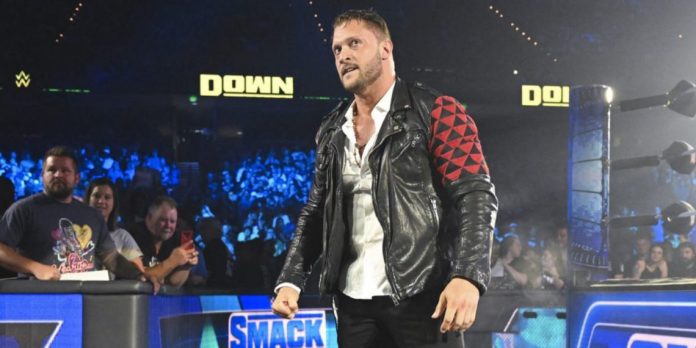 A few months ago, a friend asked asked me if I watched “it” over the weekend.

I looked at him confused, and responded with “watch what?” The “it” was a WWE pay-per-view. Without hesitation, I responded by saying “Oh, no. I didn’t even know it was on. I’m an AEW guy.”

I thought about that conversation throughout the day, and it surprised me that I was able to say that so easily. My love for wrestling began as a kid in Detroit watching Big Time Wrestling. The good vs. bad with guys like The Mighty Igor, The Sheik, and the Funk Brothers caught my attention immediately. When I moved to South Carolina, I discovered Mid-Atlantic Championship Wrestling. With cards every Monday at a venue 20 minutes from my house, I got to see these bigger than life superstars up close many times.

I felt like nothing could ever take me away from being a Mid-Atlantic/NWA/WCW guy. But when that company went away and the Attitude Era began, I found myself fully committed to being a WWE guy. Again, I never thought those feelings would change.

But over the past year, I fell out of love. I just didn’t enjoy what I was seeing on Monday and Friday nights. All that I really enjoyed was NXT. As life began to get more hectic and my way to watch these shows was by streaming them the next day, I found myself only watching Rampage and Dynamite. That surprised because although I did watch ECW from time-to-time and would tune in to TNA and ROH about once per year, I never really strayed from the WWE. But the combination of what I saw with AEW and what I didn’t see with WWE had me going elsewhere. Even my beloved NXT had lost my interest.

This all came to a head watching WrestleMania. Of all the wrestling I’ve watched over the years, the segment with Vince McMahon wrestling Pat McAfee was the toughest thing I had ever sat through. By the time it was over, I found myself saying I just couldn’t do it anymore. It was time to move on. Between laying off so many talented individuals and changing the names of so many of these superstars, it was no longer the company I had fallen in love with.

AEW still has my heart, but with the recent changes in the WWE I am starting to care again. Having Bayley back was an excellent start, and I love the stable of her, Dakota and Io. As a Karrion Kross fan, I was beyond stoked to see him return and honestly didn’t see it coming. Suddenly, the stale Universal title picture that seemed to revolve around just Roman, Brock and Drew got a lot more interesting.

If Hunter and Stephanie continue on this pace, WWE is quickly going to become very watchable again. Hire Bray back, give Johnny Wrestling a reason to come back and wait for a healthy Randy Orton to return, and WWE is as interesting and watchable as it has been in a very long time.

There was nothing wrong with how it was just over a year ago. Continue to fix the current product and make NXT what it once was with great storylines and incredible pay-per-views, and you make it hard for a wrestling fan like me to call himself anything but a WWE guy.