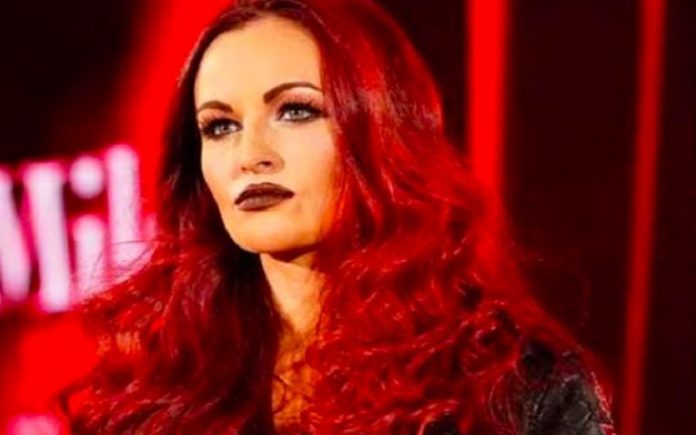 Many fans recall Maria Kanellis-Bennett as an airhead WWE Diva from the Ruthless Aggression Era. However, she is a much more visible presence in the wrestling industry in 2022. In addition to being a wife, mother, actress, model, singer, professional wrestler, former Impact Knockouts Champion, and on-screen manager, she is also the CEO and owner of Women’s Wrestling Army, an all-female wrestling promotion.

Maria discussed social media with Just Alyx on his YouTube channel, and how it has brought more negatives than positives to the world of wrestling.

“I’ve unintentionally taken a little break from a lot of social media stuff because, yeah, it does. It takes the fun out of wrestling. It’s like, ‘Just give me a minute!’ We’re gonna figure it out. Just give me a minute, you know? Or you’ll see somebody in the ring and they’ll stumble or maybe they slip off the top rope or something will happen in the match. That was just one moment. What about the rest of the match? What about how they recover? What about every other move that wasn’t considered a [botch]?

If we remember to still have fun and not get in our own way of criticizing everything, that’s when we can actually enjoy ourselves. But when we get on social media and say, ‘I don’t like this and I don’t like that!’ It takes the fun out of things. Like when [Kenny Omega and] the Young Bucks came back [at Full Gear] and you’re watching that. It’s a fantastic match. Just let yourself enjoy it! I don’t want to hear, ‘oh well back in the 80s…’ OKAY!?? I’ll watch a match from the 80s and enjoy that too! Sometimes we just need to allow ourselves to have fun. Let’s just have fun while we watch wrestling.”